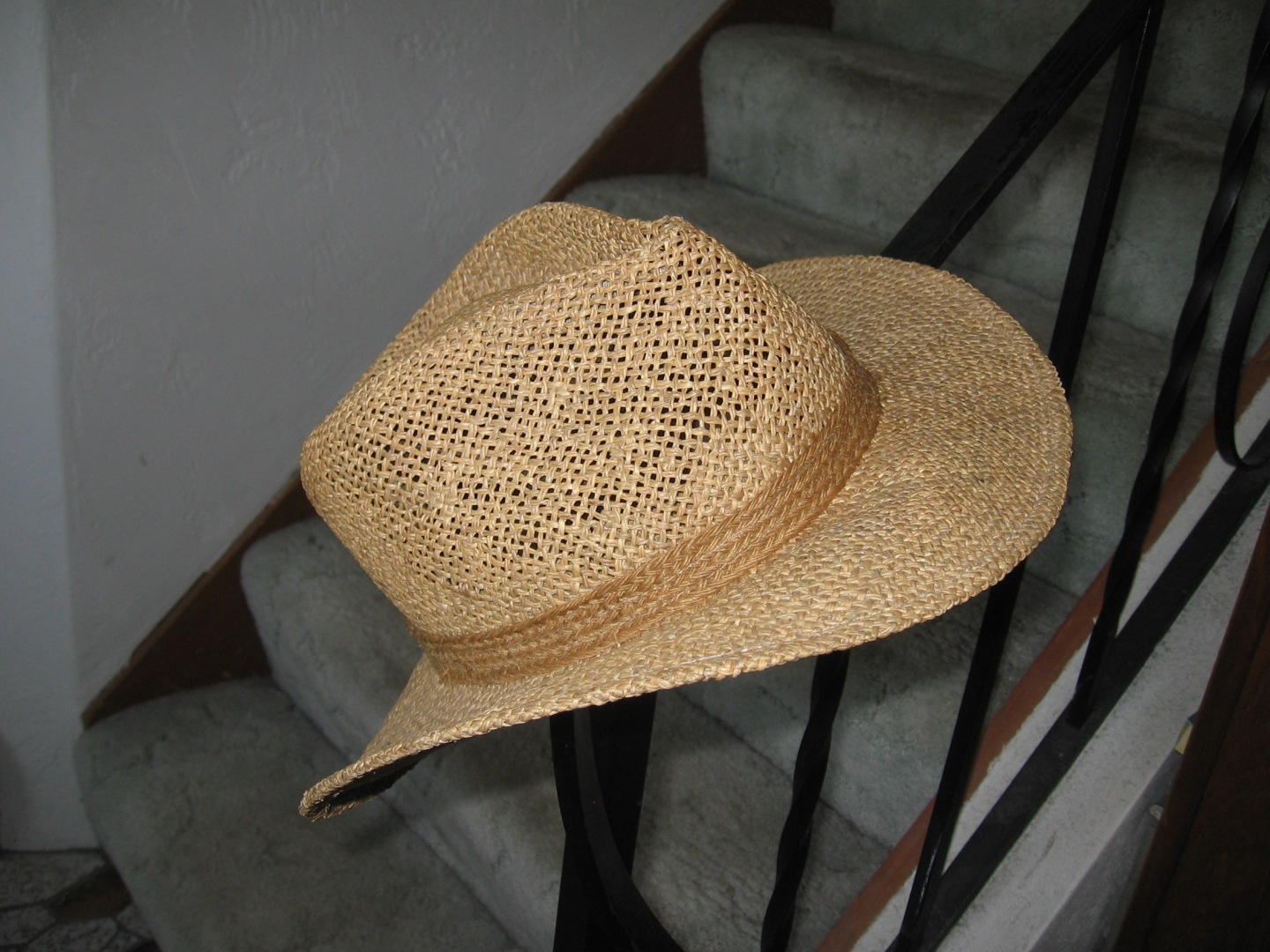 But when [John the Baptist] saw many of the Pharisees and Sadducees coming to where he was baptizing, he said to them: “You brood of vipers! Who warned you to flee from the coming wrath?  Produce fruit in keeping with repentance.  And do not think you can say to yourselves, ‘We have Abraham as our father.’ I tell you that out of these stones God can raise up children for Abraham.  The ax is already at the root of the trees, and every tree that does not produce good fruit will be cut down and thrown into the fire.

“I baptize you with water for repentance. But after me comes one who is more powerful than I, whose sandals I am not worthy to carry. He will baptize you with[c] the Holy Spirit and fire.  His winnowing fork is in his hand, and he will clear his threshing floor, gathering his wheat into the barn and burning up the chaff with unquenchable fire.”

“These were the influential people of the times: the Pharisees were the ritualists of the age, and the Sadducees were the rationalists of the period.  Why, John, you ought to have smoothed your tongue a bit and have said some pleasant words to these great men, for by so doing perhaps you might have won some of these Pharisees, or coaxed some of these Sadducees into the kingdom!  But that is not John’s method.  He is plainspoken, and deals truthfully with his hearers, for he knows converts made by flattery are but flattering converts that are of no real value.”

I recently purchased a Spurgeon Study Bible.  I have read little of Spurgeon’s works, but I have enjoyed what I have read.  The quote above was the study note for Matthew 3:7.  All the study notes are ‘crafted from Spurgeon sermons’.

In his little tongue-in-cheek comment, we learn so much about the present church.  Spurgeon died in 1892, but his words ring true today.

We have a non-denominational evangelical church near where we live.  It became well known at first because a couple of former Pittsburgh Steelers went to church there.  One of them preaches there on occasion.  Was the initial church growth due partially to celebrity?  I say nothing negative about the church.  The church has a lot of Spirit-filled believers.  You can feel it.  Yet, there exponential growth has waned.

Yet, celebrity and religiously influential are two different things.  Neither group of people can get you into heaven, but some think that the pastor can.  I have known far too many people who shower their pastor with favors and gifts.  They think that having an ‘influential religious person’, who can get on the witness stand on Judgment Day, can tip the scales in their favor.  Jesus’ words must haunt them, “Many will say to me on that day, ‘Lord, Lord, did we not prophesy in your name and in your name drive out demons and in your name perform many miracles?’  Then I will tell them plainly, ‘I never knew you. Away from me, you evildoers!’” (Matthew 7:22-23).  Jesus wants to have a relationship.  Jesus wants to know us now.  Favors to a fellow human that you think has influence does not count for much of anything.  Even godly preachers will rely on Grace upon Judgment Day.

John the Baptist had faithful followers, many staying with him after Jesus arrived onto the scene.  John did not chase them away with rebukes, only the religiously influential people.  When he told his followers to repent and be baptized, they were convicted of their sins and gladly went into the water for baptism.

But John turns on the Pharisees and Sadducees.  Let’s look at what John said after the epithet (the brood of vipers intro).

John is not God.  He does not know why these influential men are here, but John is also not a dummy.  John figures that they have been sent by the religious leaders to figure out who John is.  Mainly, their assigned task is to find out if John is a threat to them.  We cannot tell a specific timeline, but once Jesus is baptized later in Matthew 3, it does not take long for John to be arrested.  Jesus is baptized.  Jesus spends 40 days in the wilderness, followed by the Devil’s temptations.  Then, when Jesus hears that John has been arrested, Jesus goes to Galilee to perform the bulk of His ministry.

But, John’s first statement is that they are fleeing the coming wrath of God by coming to him.  This might sound like an invitation to worship.  No, John the Baptist is mocking them, knowing that is not their purpose for being there.  Then John’s next two statements are nearly the entirety of John’s sermon.  Repent – for the end is near.  And don’t think that you can gain salvation due to your family tree.  He hints at the actual family tree in referring to the ax being at the root of the tree.  Having Abraham’s DNA does not impress God, only having Abraham’s Spiritual DNA matters.

Okay, any good sermon must have three points.  At least I heard that somewhere.  John concludes with the prophecy of Jesus coming.  With Jesus coming, there will be a different baptism, a Spiritual baptism.

So, other than calling the Pharisees and Sadducees a ‘brood of vipers’, John preaches a very short, excellent sermon.  So, why was Charles Spurgeon ‘wanting’ something softer, less confrontational?

No, Spurgeon really loved John’s sermon.  Every part of it.  But Spurgeon, who preached to crowds in the thousands (The Metropolitan Tabernacle could seat 5000 with space for another 1000 standing.  He preached there a few times each week for 30+ years.), was poking fun at his fellow pastors of the late 19th Century.  What I observed in the 60s was observed by Tozer in the 30s and 40s, by Chambers at the turn from the 19th to 20th centuries, and Spurgeon saw it in his day.  Pastors and church leaders, the influential religious leaders that John the Baptist might have called a ‘brood of vipers’ (not saying all), started counting the numbers.  Okay, they did not have to count.  They could see pews that were not completely filled.  They started watering down their message as not to offend.  Maybe if we forgot about this ‘repent’ business (as an example), people might return to the church.

When those same leaders saw the budget slip, they started currying favor with the financially influential people.  If the sermon could just say what those money people wanted to hear, they will give to the church.

This sounds so sordid.  You would think that men and women of God would never do such a thing.  But if they did not, why did Spurgeon have his fun in the quote above?  Note Spurgeon’s conclusion:  Converts who are attracted by flattery and watered-down messages are “flattering converts that are of no real value.”

And did the numbers come back up in the other churches?  If they did, not for long.  Yet, where Spurgeon preached, there was a crowd.  Spurgeon was faithful to God and the Truth.  When the true light of Jesus Christ is preached, and the Holy Spirit moves within the people, the church will have no fear and no need to count the numbers.

Matthew does not identify the religious leaders, or their ulterior motive for being there, but here is something to think about.  Could two of them be Nicodemus and Joseph of Arimathea?  We know that Nicodemus came to talk to Jesus at night, unobserved.  We know that Joseph of Arimathea went at great personal risk to gather the body of Jesus and place him in his own tomb.  Could these men have been convicted of their sins, listening to John the Baptist before Jesus appeared on the scene?  Is it important whether they did?  No, but the Holy Spirit works in wonderful ways.  The person that you think is too far gone to come to Jesus, can still come to Jesus.  They could hear what John the Baptist was saying, “Repent, and be baptized.”