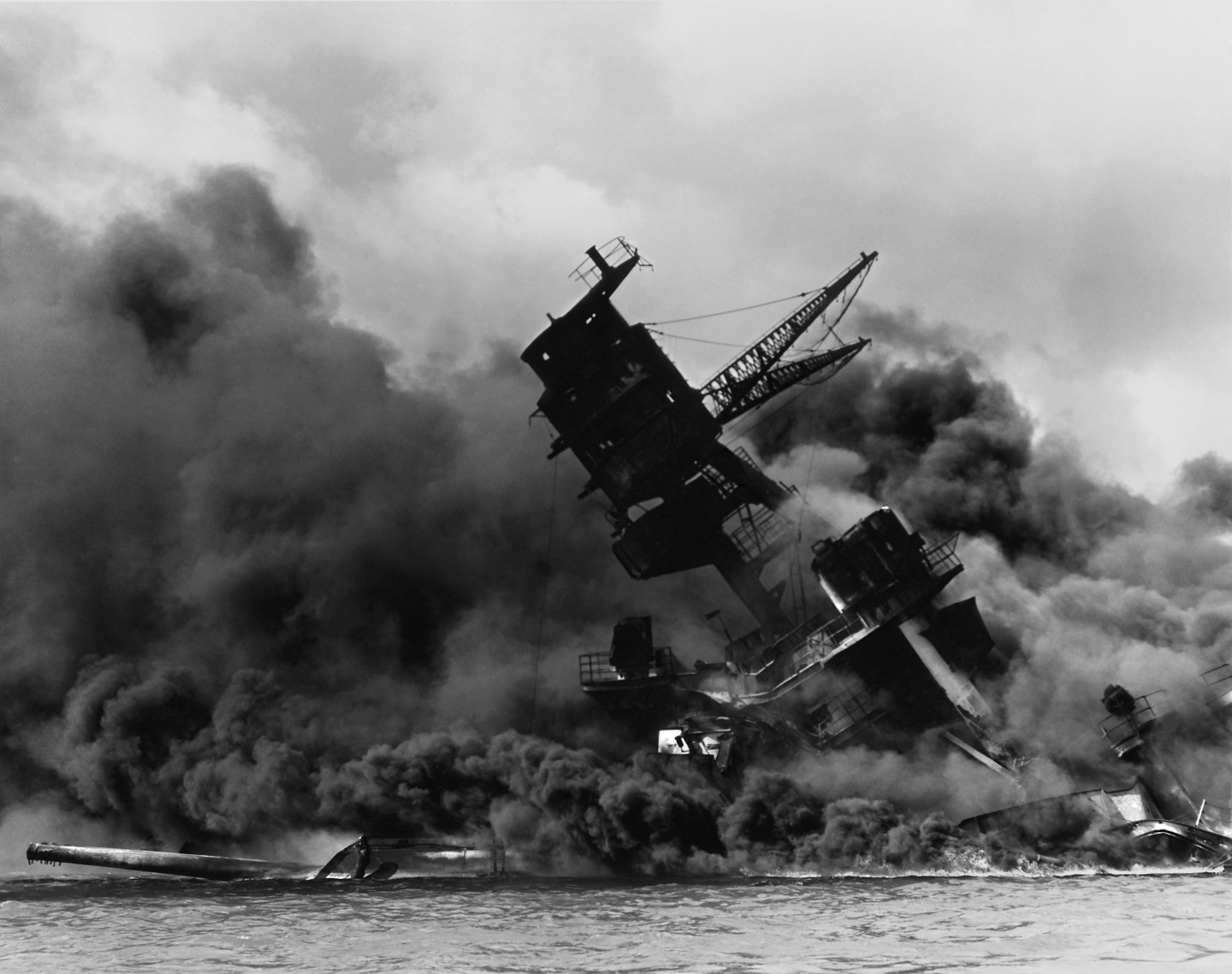 And pray in the Spirit on all occasions with all kinds of prayers and requests. With this in mind, be alert and always keep on praying for all the Lord’s people.  Pray also for me, that whenever I speak, words may be given me so that I will fearlessly make known the mystery of the gospel, for which I am an ambassador in chains. Pray that I may declare it fearlessly, as I should.

“Satan hates the true Christian for several reasons.  One is that God loves him, and whatever is loved by God is sure to be hated by the devil.  Another is that the Christian, being a child of God, bears a family resemblance to the Father and to the household of faith.  Satan’s ancient jealousy has not abated nor his hatred for God diminished in the slightest.  Whatever reminds him of God is without other reason the object of his malignant hate.

You don’t hear the hymn, Onward, Christian Soldiers, anymore.  Maybe in some churches.  It seems to be out of vogue, but who said it was an outdated concept?  Whoever it was, Satan gave them the idea.

The Apostle Paul talks about full battle armor in Roman times, but the metaphors still work today.  We wear belts.  Military and police use bullet-proof vests instead of breastplates made of iron.  Riot police still use shields.  There are a variety of helmets that are worn for protection.  The military have composite material helmets, while the Army of my day had the liner and ‘steel pot’.  I served in the Reserves during the transition, wearing the light-weight helmet for my last week of military service.  We have more sophisticated weapons than swords.  Usually the swords in the military are ceremonial.  Real swords (sabers), but not carried into combat.  We might change that one to a rifle.

All the elements are known to us and used today in one type of confrontation or another.  But what does Paul relate to each of these?  It is the belt of truth and the breastplate of righteousness.  It is the shield of faith, the helmet of salvation, and the sword of the Spirit (which is the Word of God).

When Paul relates these foundations of the faith to armor worn in combat, he is letting people know that Satan goes down swinging.  Tozer gives very good reasons why Satan is displeased when we turn to God in faith.  Each are rational responses.

And Satan would have every reason to have people downplay the spiritual battle in our minds.  Satan might send his emissaries to visit one of the most powerful nation’s leader on the day that a major surprise attack was being planned.  Satan would want to make it seem that he wanted peace.  God talks of turning the other cheek.  Let’s get everyone thinking of the natural world’s pacifism spilling over into the spiritual realm, and then bang.  Satan hits us with the surprise attack.

Did anyone catch the natural world equivalent in that last paragraph?  Emissaries from Japan were in Washington, DC to sign a non-aggression pact the weekend that Pearl Harbor was attacked.  No one was prepared for battle that day.  Our military was not ready.

So, let’s forget the idea that all forms of confrontation are wrong.  Because we want to be a total pacifist in every realm, including the spiritual, we will be blind sided when Satan strikes.

When I came back from Germany to a small research facility for the military in Watertown, MA, we had an old man who was responsible for filling out one military form whenever needed.  The form was rarely needed, and the old guy was diminished in his abilities.  No one dared try to teach him how to fill out a different form.

One day, I saw him opening the drawers of my desk and thumbing through every file, rearranging things.  I challenged him as to what he was doing.  (We’ll called him, ‘Chuckie’.)  Chuckie grunts through his nose, “Nynk, Nynk, Nynk.”  He completed his task of nosing into every drawer before leaving, guided away by the secretary.  She had her arms around Chuckie, guiding him with a soft, comforting voice – a voice she never used with me.

My boss was a civilian.  In fact, I was the only active-duty military in that building of the installation.  I shared the secretary with the boss.  After Chuckie left, I went into my boss’ office to complain about Chuckie.  Something had to be done.  He had to be retirement age.  In fact, he had to be well past retirement age.

This is what the secretary told me.

Chuckie was about to retire from the Navy, I think as a Chief Petty Officer.  His last duty assignment was Pearl Harbor.  He was onboard one of the battleships that went down.  He was in an air pocket, beneath the water.  He would hammer on the walls to let any possible rescuer know that he was still alive.  He was trapped there for days.  His hammering led the rescuers.  He saved his life and the lives of his men.  Chuckie was a hero.  He was finally rescued.  He survived physically, but his brain was a bit scrambled.

Chuckie needed to feel useful, so when he came back to the US, they let him work for this young, entry-level secretary (who would eventually be our secretary) as a file clerk.  She taught him how to fill out this one form.  Since it was not needed very often, Chuckie meddled in things when not busy.  But people learned to not shout at him.  There were various carrots that could be used to get Chuckie’s attention onto something else.  It required several people to ‘handle’ Chuckie, but always under the secretary’s supervision.  If the facility’s workload caused Chuckie to not fill out the form in about six weeks, the secretary had to retrain him.  He would not remember how to do it.  After learning about this, they would falsify data so that Chuckie filled out the form at least once each month, carefully not filing the false information – a training exercise, but Chuckie thought he was doing the real thing.

Because Chuckie was a burden to everyone in the facility, the boss, at the time Chuckie reached retirement age, gladly handed Chuckie his retirement papers for mandatory retirement for civil servants at that age.  With his full-military retirement and full-civilian civil service retirement, Chuckie was making a princely sum in retirement, and he did not have to come into the office – and open other people’s desks to rearrange things.

There was one problem, now Chuckie was opening every drawer at home and had to be guided away from shiny objects.  His family devised the ultimate solution.  The Speaker of the House, at the time, was from the state of Massachusetts and had a penthouse office in downtown Boston, an easy bus ride away.  Chuckie’s family escorted Chuckie to the Speaker’s office.  They told the Speaker’s secretary that Chuckie wanted to register a complaint about being forced to retire.  The Speaker’s secretary explained how Chuckie needed an appointment, but since Chuckie was a decorated World War II hero, he could sit and wait.  They could squeeze him in.  Chuckie’s family handed Chuckie bus fare home, although it was doubtful that he could figure out how to use the bus system, and then Chuckie’s family ran for the elevator and escaped.  Within an hour, Chuckie was removing everything from the Speaker’s office and rearranging it, while performing his usual nasal grunt.  The Speaker personally brought Chuckie home – Chuckie’s address was in his wallet.

The next day, the facility’s boss got a letter from the Speaker of the House.  (I was shown a copy.  It was a very short letter.)  Basically, it said, “Chuckie will have his job back today.  Mandatory retirement is hear-by waived – forever.  He will work until he passes away.  I never want him back in my office again!”  (I think there were multiple exclamation points, but I will not swear to it.)

Chuckie might not have been trapped beneath the surface of the water in an air pocket of a battleship for days if we were prepared for the surprise attack on December 7, 1941.  His brain might have never been scrambled.  He might have enjoyed his retirement.  In his diminished state, he loved filling out that form, but he lost out on so much living.  And our secretary, who had already delayed her retirement for Chuckie’s sake, would not have limited her career in order to be a surrogate mother for Chuckie.

We must not let Satan trick us into thinking that there is not a war, a spiritual war.  His primary trick of falsehoods and half-truths will catch us if we are unaware of the danger.  We need to use our Truth, righteousness, faith, assurance of salvation, and the Spirit of God, by learning God’s Holy Word.  And we need to pray.  Put on your armor and be prepared.