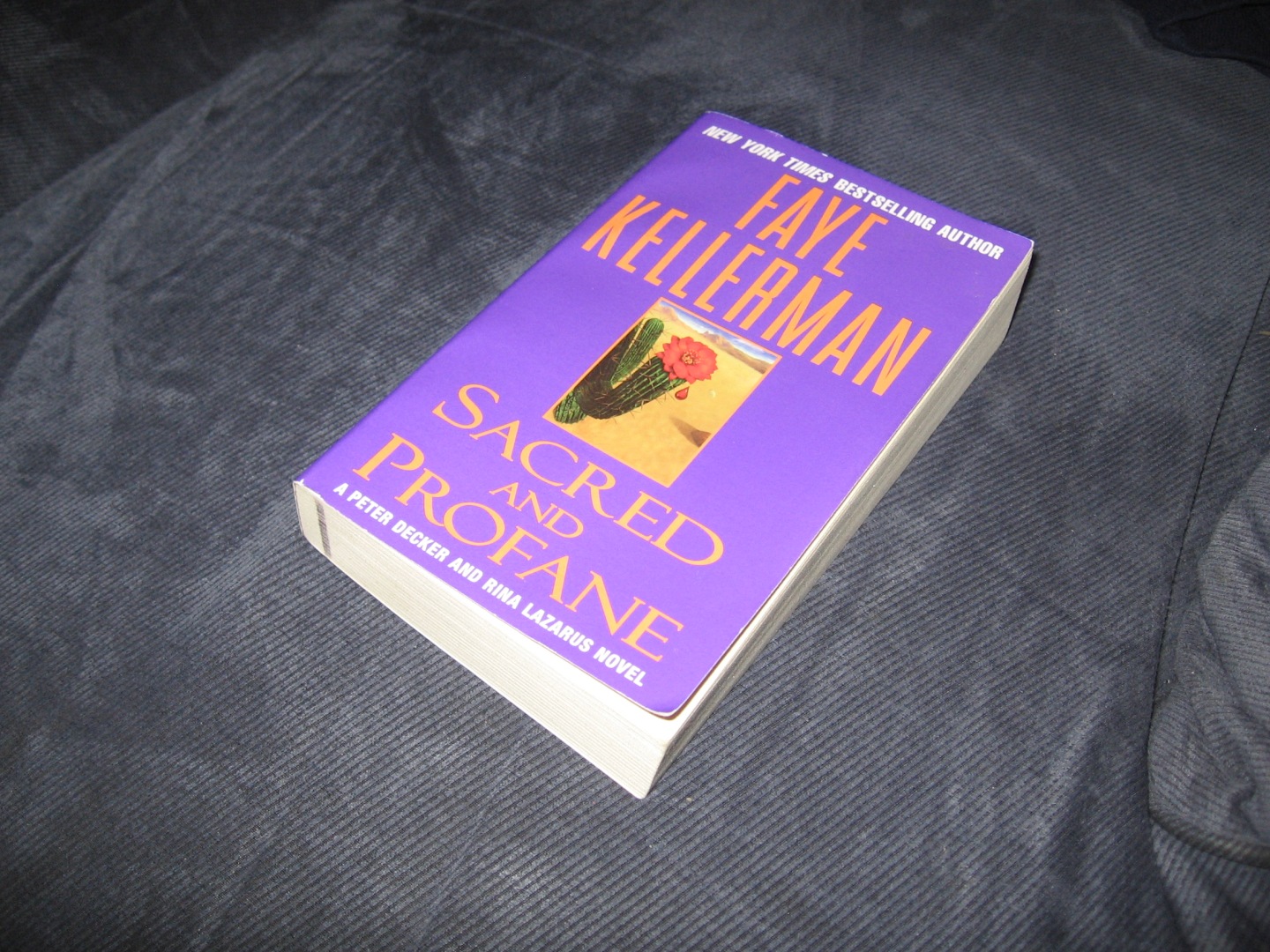 The Lord said to Moses, “Tell Aaron and his sons to treat with respect the sacred offerings the Israelites consecrate to me, so they will not profane my holy name. I am the Lord.”

Thomas said to him, “Lord, we don’t know where you are going, so how can we know the way?”

Jesus answered, “I am the way and the truth and the life. No one comes to the Father except through me.  If you really know me, you will know my Father as well. From now on, you do know him and have seen him.”

“… ‘I was raised an Episcopalian, but I stopped going to church [at a young age].  I don’t believe in it at all. But every once in a while, when I’m alone in bed – a rare occasion if I can help it – I get to thinking, what if I’m wrong?  What if all that crap they fed me at Sunday school turns out to be right?  Then I get real spooked.’

“’Rina has it made,’ Marge went on.  ‘Even with all the restrictions.  If she’s wrong and there’s no one up there, she’ll be dead anyway and won’t know the difference.  But if she’s right … man, she’s hit the jackpot.’”

The quote is from the second novel in the Peter Decker and Rina Lazarus mystery series by Faye Kellerman.  Rina is mentioned in the quote above.  Rina Lazarus is a devout Jew (as is the author).  When Rina, a widow, meets Peter Decker (in the first book), she falls in love, but he (an orphan raised southern Baptist) must become a ‘religious’ Jew if she is to marry him.  In this second book of the series, Decker takes offense at the strict way that she treats their relationship, and he rebels.  As the rebellion makes things worse, he is in a contemplative mood, when Marge, Peter Decker’s police detective partner, offers her thoughts.  Since the 26th novel in the series came out last year, you get the idea how it is going to turn out.

The second paragraph from the quote is roughly Pascal’s Wager.  Blaise Pascal, who I have mentioned before, was a Christian Philosopher, Mathematician, and Physicist.  To keep with the theme, he placed his ‘wager’ on Jesus and Heaven.

In the quote, it is rather haunting.  Marge has rejected the Gospel, but she still intellectually understands the ramifications of the wager.  It is the same thing as seen from the other side.

It points to a flaw in our make-up.  Our intellect can rationalize such things as Pascal’s Wager.  Yet, if we have not been given the gift of faith, we reject the wager and the message, however logical it may be.  It is the Holy Spirit who convicts us of our sins.  Without this conviction, we are more prone to run away than to think about the results of our decisions.

The knowledge that God saves, and we just spread the message, is a tough lesson.  We see friends, relatives, and strangers pass our way every day.  We have our moments to share our faith, but many are like the fictional Marge.  They already know all the words, but God has not taken them to that point when they are willing to take that leap of faith from the other side to God’s side.

What makes it tough is that we often care about someone so much that we are willing to drag them from the other side to God’s side.  But that is not God’s way.  They must come willingly from an intellectual point of view to a saving, heart-felt commitment to our Lord and Savior.

In the meantime, I am praying for the Marge’s in my world, and I can pray for yours too.