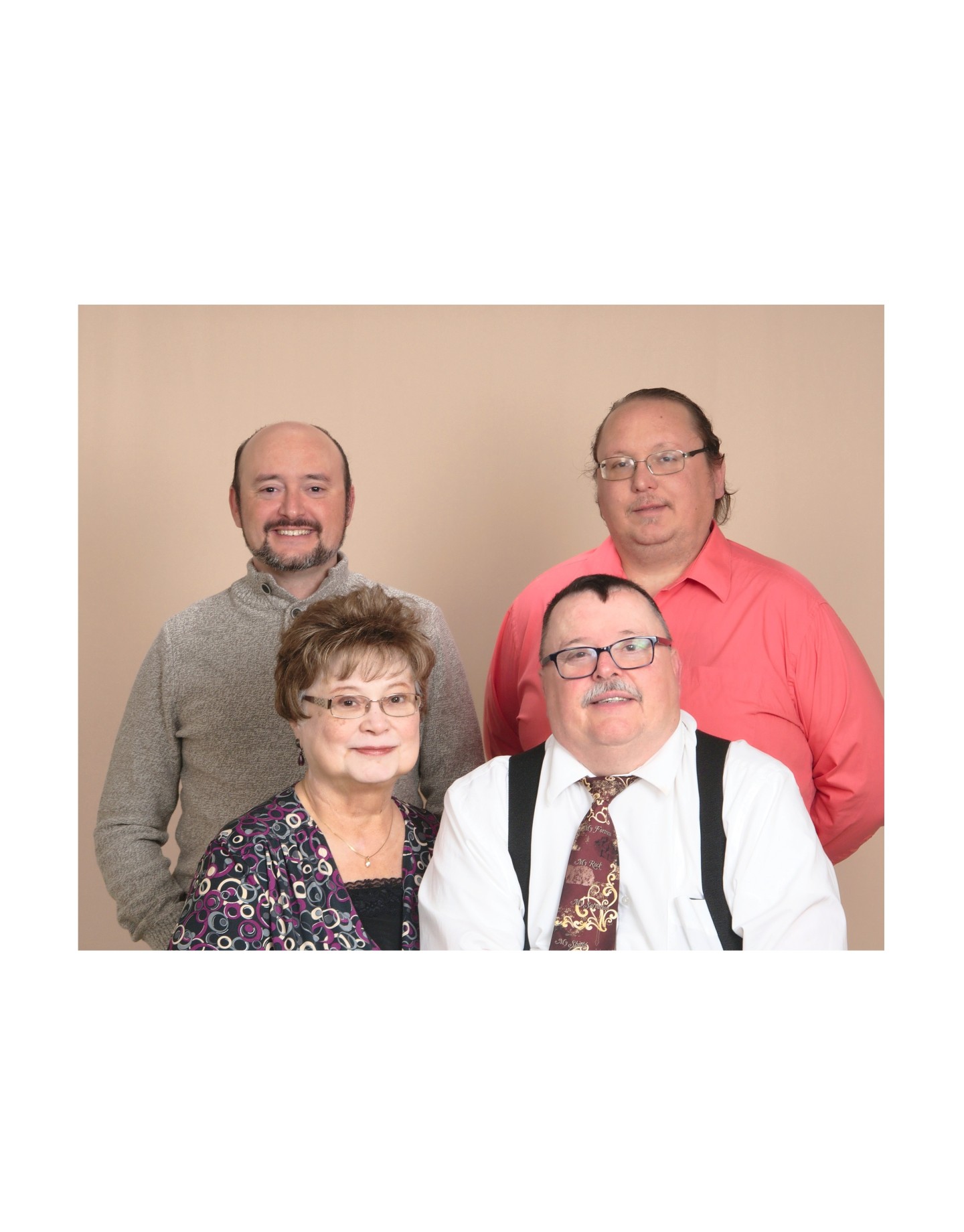 “I have come to bring fire on the earth, and how I wish it were already kindled!  But I have a baptism to undergo, and what constraint I am under until it is completed!  Do you think I came to bring peace on earth? No, I tell you, but division.  From now on there will be five in one family divided against each other, three against two and two against three.  They will be divided, father against son and son against father, mother against daughter and daughter against mother, mother-in-law against daughter-in-law and daughter-in-law against mother-in-law.”

Over a week ago, I wrote about starting on a low FODMAP diet, not to lose weight, but to overcome some ‘gut issues,’ not presently diagnosed.  “FODMAP is an acronym, derived from “Fermentable Oligo-, Di-, Mono-saccharides And Polyols” (Wikipedia).

I saw “ice cream.”  My wife laughed, thinking that I would simply ignore the diet if I had to give up on ice cream.  I think that I have said, probably not on this blog, that I would continue to eat ice cream even if I knew it was killing me, my one true comfort food.  Sadly, it’s the first thing that I tested, and it seems to not cause me any trouble.  I say ‘sadly’ in that I could start eating more, adding to the calories, but for now, a half cup every 2-3 days.  A guilty pleasure.

Of all the nuts that I can eat, I cannot eat pistachios and cashews.

I am just starting to read Timothy Keller’s book, Counterfeit Gods.  In the book, Keller talks about the things that we worship, relating to Bible stories, even to the great men of faith in the Bible.  For me, ‘ice cream’ could easily be a counterfeit god, but there is an underlying story about cashews that transcends any food that you might like a lot.  I offer this glimpse of the past 45 years in my “Requiem to Cashews.”

First, a little background is needed.  The choice of the Scripture above mirrors Matthew 10 without saying one relative “hates” the other relative.  My wife knows all too well what mother-in-law and daughter-in-law being divided means.  She and my mother never got along, a slow boiling relationship that led to uneasiness, but my Dad was different.

The background of the first ‘cashew theft’ starts when I announced to my parents that I was going to marry my wife.  My wife is Eurasian.  Her father was a Dutchman, in fact a Friesian from the northern most territory of the Netherlands.  The Friesians have their own language, now dying off.  It sounded a lot like Old English.  That should not be surprising since William of Orange may have been king of England, Scotland, and Ireland, but he grew up prince of Orange, which was most of what is now the Netherlands.  The Friesians identified with that heritage.  You really could not get more Caucasian than my father-in-law, although he had a strain of Gypsy in his lineage.  But my mother-in-law was Eurasian herself.  My wife’s family had wanted to move to Australia after the Dutch had been kicked out of Indonesia, but the immigration laws for Australia would not allow my mother-in-law to enter the country, too much Asian.  I don’t think they have that restriction today.  But of her Asian side, one grandparent, or was it great-grandparent, was Chinese, and another claimed to be a Bali princess, tracing a lineage to the island of Bali.  But her father was a postal carrier, and my mother-in-law was waif thin, with stunted growth, having just survived the World War II occupation of Indonesia.

My parents had brought me up to not see color.  I try not to see anyone by the old stereotypes that existed when I grew up, but my mother hid her inner prejudice.  When I announced that I was going to marry a woman of mixed race, several members of the family asked what the children would look like.  Everyone seemed to be against my decision.  My Dad wanted me to be happy.  He never said anything against my decision, but I have no idea what he really felt inside.  He did not talk much.  My mother had no problem in telling me that my children would be “black,” although “black” was the only racial blood that my wife did not have running through her veins.  With her last gasp attempt to stop the wedding, my mother said that if the wedding was in the Catholic church, she would not attend.  By that point, that announcement was a relief for my wife and I, but then the schedule did not fit and the wedding was moved to the Presbyterian church where I was attending at the time and my wife and I both joined (which is no longer a church these days).  Everyone on both sides of the family attended, except for my brother’s wife, at the time, and my wife’s sister who was in Okinawa with her Air Force husband.

Now as more background, note that my wife and I went to Germany for three years during the Cold War.  My wife had friends in Germany, and we visited them often.  We met other Germans who became friends.  When German people visit friends, even for an hour or two, you never arrive empty handed.  This is a habit that has stuck with us ever since.  For Germans, the easy gift was a bottle of wine.  My wife listened to conversations and learned what type of wine people liked, just in case we might have an invitation for a visit.

Now we come to the incident of the first ‘cashew theft.’  We were planning on visiting my parents after we moved to South Carolina in the early 1980s.  My wife knew that my parents lived in a dry county in Mississippi, meaning that no alcohol was legally consumed in public and it was illegal to transport alcohol through the county, thus wine would be a no-no.  She thought hard and remembered that my Dad liked mixed nuts.  He might even skim the cashews off the top as he dug in.  My wife always studies these small things about people that she wants as friends.  Oddly, she never figured my mother out.  For our first trip, she bought a two pound can of cashews for my Dad.

Understand that by this time, we had been married for about seven years.  We had two sons, both looking normal – not freaks as many had suggested.

We presented my Dad with the cashews as we entered the house.  He beamed with delight regarding his gift.  That night, we were sitting, watching television.  My mother was doing something in the kitchen and my wife sat in her recliner, next to my Dad.  He had the opened can of cashews on the overstuffed arm of the chair, the arm closest to where my wife was sitting.  My wife, who also loved cashews – to the point of being unable to resist them – reached over and took a few cashews from the can, just a couple of cashews from a two-pound can.

My Dad erupted in anger, maybe mock anger, but it seemed real at the time, “You stole my cashews!”  It was as if the television had been muted.  You could hear a pin drop.  No one breathed.  They stared at each other.  My Dad had the look of rage, but also pain for having had someone steal his stuff!  My wife had the look of determination.  She was going to eat the cashews regardless of what it might cost her in the long run.  The stare lasted probably only seconds, but life had stopped in that instant for what seemed like hours.

My wife said, “If we had not bought the cashews as a gift to you, you wouldn’t have them!”

After a couple more seconds of the face-off between two strong-willed individuals – neither blinking, my Dad averted his gaze and mumbled, “Indian giver!”

But during their face-off, making eye contact for several seconds, they connected.  My Dad never talked a lot, but after that incident of her stealing his cashews and then not backing down, they were secret “buddies.”

My wife would hand him the cashews and say, “This is to make up for the ones that I stole.”

Then I would add, “with interest.”

My Dad would laugh, act like he wouldn’t share, but then he would offer my wife first, before offering to anyone else.

My Dad passed away in 2011, three weeks, almost to the hour, after my brother passed away.  There would be no more cans of cashews as we entered the house.

And now, of all the things that I have to give up to remain true to my new diet, I must abandon cashews…

My Dad is probably looking down from Heaven and laughing, “Good, the entire can, all for me!”