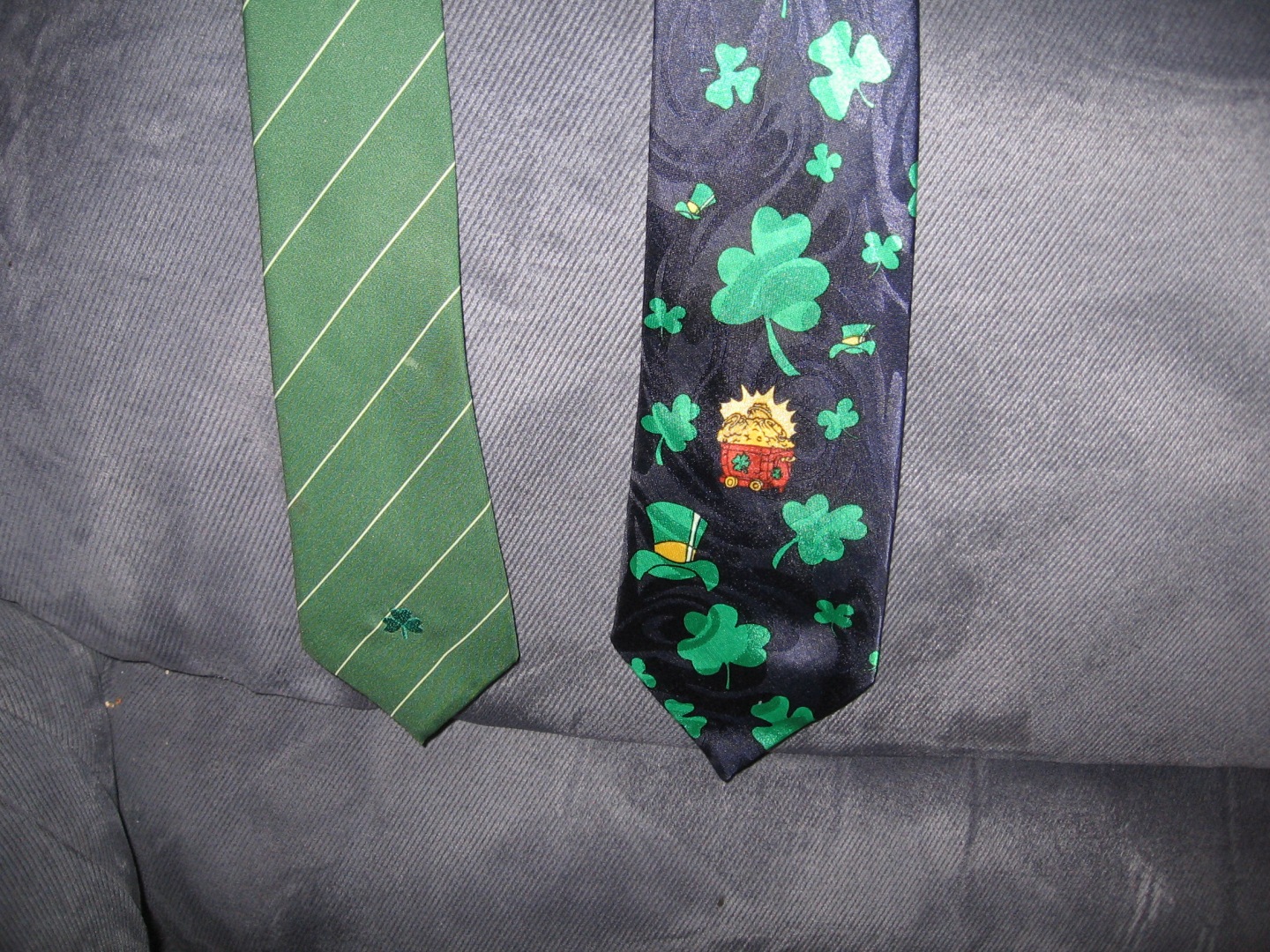 My two St. Patrick's Day ties, that I won't be wearing, as I am hunkered down. But I might sing a song about them. I am thinking of either "My Wild Irish Ties" or "When Irish Ties Are Smiling..."

In spite of there being no parades, at least none that I know of, and everyone hunkering down to avoid large crowds, like where the green beer might be flowing, it is still St. Patrick’s Day.

I was taught early in life that I had to wear something green on 17 March to avoid being pinched.  That is all my mother would say.  My father feared my mother, and he was a man of few words anyway.

The earliest St. Patrick’s Day that landed on a Sunday was when I was 13 or 14 years old.  I should have known by then, but I did not.  I wanted to get a dress shirt that was Kelly green, but my mother refused.  I wore a small pin with something close to green in it, at least a shade of green that I had never heard of.

When we arrived at church, we got out of the car, far from the church entrance, and a lady was entering the church dressed in orange from head to toe.  I asked why she was wearing orange, and in true mother fashion, she said, “That hateful woman is trying to cause trouble.”

I asked what that meant, but my mother’s look on her face, that definitely looked “hateful,” told me that the subject was closed.

It took me another 6-7 years before I sort of pieced it together.  I had bought an 8-Track of Irish Rovers Hits and one song was “The Orange and the Green.”

Then I became very confused.  We were Protestants.  We had never met Catholic people until my senior year of high school, but the Catholics are on the green side and the Protestants are on the Orange side.  My mother had nothing but distrust for the Catholics that she never knew.  Why did she side with the Catholics on St. Patrick’s Day?  I knew how to survive in our family, thus I never asked.

But maybe, just maybe, it was a piece of an olive branch.  For one day each year, we put down our differences and united, if in no other way, united by a single color.

Happy St. Patrick’s Day, and may we find other means to unite under Christ’s banner, regardless of the color.