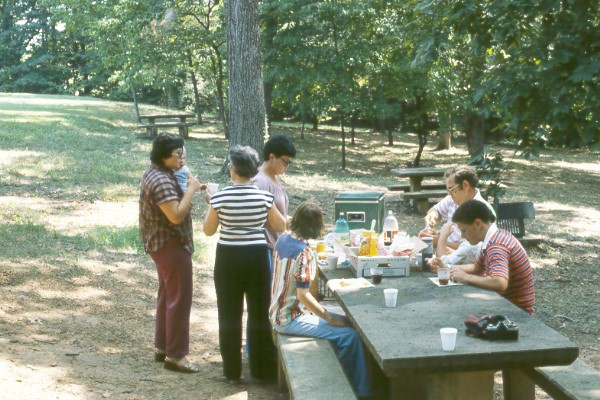 I lift up my eyes to the mountains—
where does my help come from?
My help comes from the Lord,
the Maker of heaven and earth.
He will not let your foot slip—
he who watches over you will not slumber;
indeed, he who watches over Israel
will neither slumber nor sleep.
The Lord watches over you—
the Lord is your shade at your right hand;
the sun will not harm you by day,
nor the moon by night.
The Lord will keep you from all harm—
he will watch over your life;
the Lord will watch over your coming and going
both now and forevermore.

“But to deviate from the truth for the sake of some prospect of hope of our own can never be wise, however slight that deviation may be.  It is not our judgement of the situation which can show us what is wise, but only the truth of the Word of God.  Here alone lies the promise of God’s faithfulness and help.  It will always be true that the wisest course for the disciple is always to abide solely by the Word of God in all simplicity.”

“The moment we say no to the world and yes to God, all our problems are solved, all our questions are answered, all our troubles over.  Nothing can disturb the tranquility of the soul at peace with God.  Nothing can interfere…
“Is that what you believe?  If it is, I have some incredibly good news for you.  You are wrong.
“To be told we are wrong is sometimes an embarrassment, even a humiliation.  We want to run and hide our heads in shame.  But there are times when finding out we are wrong is sudden and immediate relief, and we can lift up our heads in hope.  No longer do we have to keep doggedly trying to do something that isn’t working.”

Psalm 121 is the second of the psalms of ascension.  Traditionally, the Jews sang these psalms as they travelled from wherever they lived to Jerusalem for religious festivals.  Since Jerusalem is on high ground, they eventually would ascend.  Psalm 121 inspired Eugene H. Peterson to write chapter 3 of his book on the ascension psalms, A Long Obedience in the Same Direction.  The Bonhoeffer quote followed the psalm at the beginning of the chapter.  To illustrate doing something that doesn’t work and continuing to do it, Rev. Peterson follows the quote above with a story about trying to remove the blade from his lawnmower, in order to sharpen it.  The biggest wrench he had wouldn’t get the nut that held the blade in place to budge.  He put a large pipe on the handle of the wrench for more leverage.  It still wouldn’t budge.  Then a neighbor said that he had the same kind of lawnmower and the nut was threaded in the opposite direction.  Rev. Peterson turned the wrench around and the nut came off easily.

As an engineer, I am aware of such things.  Since motors are designed to spin in a particular direction, you reverse the threads on the nut that holds what you are spinning, so that the motion of the motor does not loosen it, in this case, loosen the blade so that it falls off or worse flies off.  In fact, the faster the mower spins the blade, the tighter the nut gets.

For those that might wonder about other things that are reverse-threaded, fuel tanks, like a propane tank, use reverse threads to attach the regulator, to remind you that you are dealing with fuel, and you should be careful.  And thinking of being wrong, there is a thin line between enjoying watching a young inexperienced engineer try to turn a fitting the wrong way and stepping in to explain that he/she needs to turn the wrench the other way – you know, helping them.

Yes, it embarrasses them to be wrong, but if you have ample time before you need to get to the real work, watching them suffer, strain, get angry, and sweat, a lot of sweat…  For a while, it is so, so funny!  Once, a young engineer was doing it wrong, and I suggested that he turn the wrench around.  He did a pirouette, not graceful, but a full spin on one foot, and then he placed the wrench back on the fitting the exact same way, to further frustration.  My boss was with me at the time, cackling with laughter, which added to the young guy’s embarrassment.  Since I had tried to help and the guy refused to think, the boss suggested that he would buy me a soft drink and the young engineer could figure it out on his own.  As we walked away, the young engineer yelled, “Then what did you mean by turning the wrench around?!?!”

We are all like that in life.  We keep butting our heads against the immovable object, and what do we get?  A headache, and embarrassment, and maybe a bit of humiliation.  When the boss and I came back from our break, the engineer had the problem fixed.  He beamed with pride.  Then the boss asked, “Which technician came by and showed you how to turn the wrench?”  The engineer turned red but said nothing.  We will never know for sure.

This psalm was featured by David Robertson in a recent Quantum, okay, a Quantum podcast that’s about a month old, Quantum 90.  Since Rev. Robertson has moved to Australia, he chose the following video, a combination of two things that he loves, beautiful scenery from the land of his birth, Scotland, and the singing of the Psalms.  He always ends his Quantum podcasts with music, not necessarily Christian music.

Since my niece lived in Scotland, teaching in the schools in Edinburgh for many years, she had sung in such combined choirs and had seen such beautiful countryside.  I forwarded the link to her, and her reply was, “Uncle Mark, I sang for that recording.”  I watched the video again, and then again freezing the brief picture of the choir, but she must have been on the end of the row, outside the camera shot.  So, as you listen, try to pick out the strong alto voice that was on the end, so that those that were in the camera’s view could hear their note.  That’s my niece!!

Okay, now that everyone is booking a flight to Scotland to see those views firsthand, as soon as the lockdown is lifted, what is the focus here?

We keep doing things the wrong way, but God provides a better way.  He is like “helicopter mom” in his watchfulness, but not in His extraction missions to rescue us from harm, He might allow us to stumble.  If we stray, we can get hurt.  Yet, the psalmist is saying that God can prevent harm.  What’s up with that?!  We still get hurt.

Think back to the last time that you got hurt.  If you rewind the tape in your mind (okay, for those younger than I am, restart the video on the flash drive of your mind), there was probably that moment when you heard a voice saying “Don’t go that way.” Or “Step to the left, not to the right.” Or “I wouldn’t do that if I were you.”  Yes, you heard the voice.  Don’t deny it.  Okay, the music was really loud in the car before the crash, but even God’s softest whispers can penetrate, if you care to listen.

When we stay on God’s path, He will prevent us from stumbling.  When we stumble and fall, we are not being punished, but we are being reminded that the road is less treacherous walking toward our Savior.

But even then, there can be persecution.  To paraphrase a quote from the Narnia series of books by C. S. Lewis, referring to Aslan.  Jesus isn’t safe, but He’s good, and we are safe in His loving arms.

Then why are we continuing to turn the wrench in the wrong direction?  We need to have the wrench repent.  In other words, turn around and go at it the other way, the way God intended.