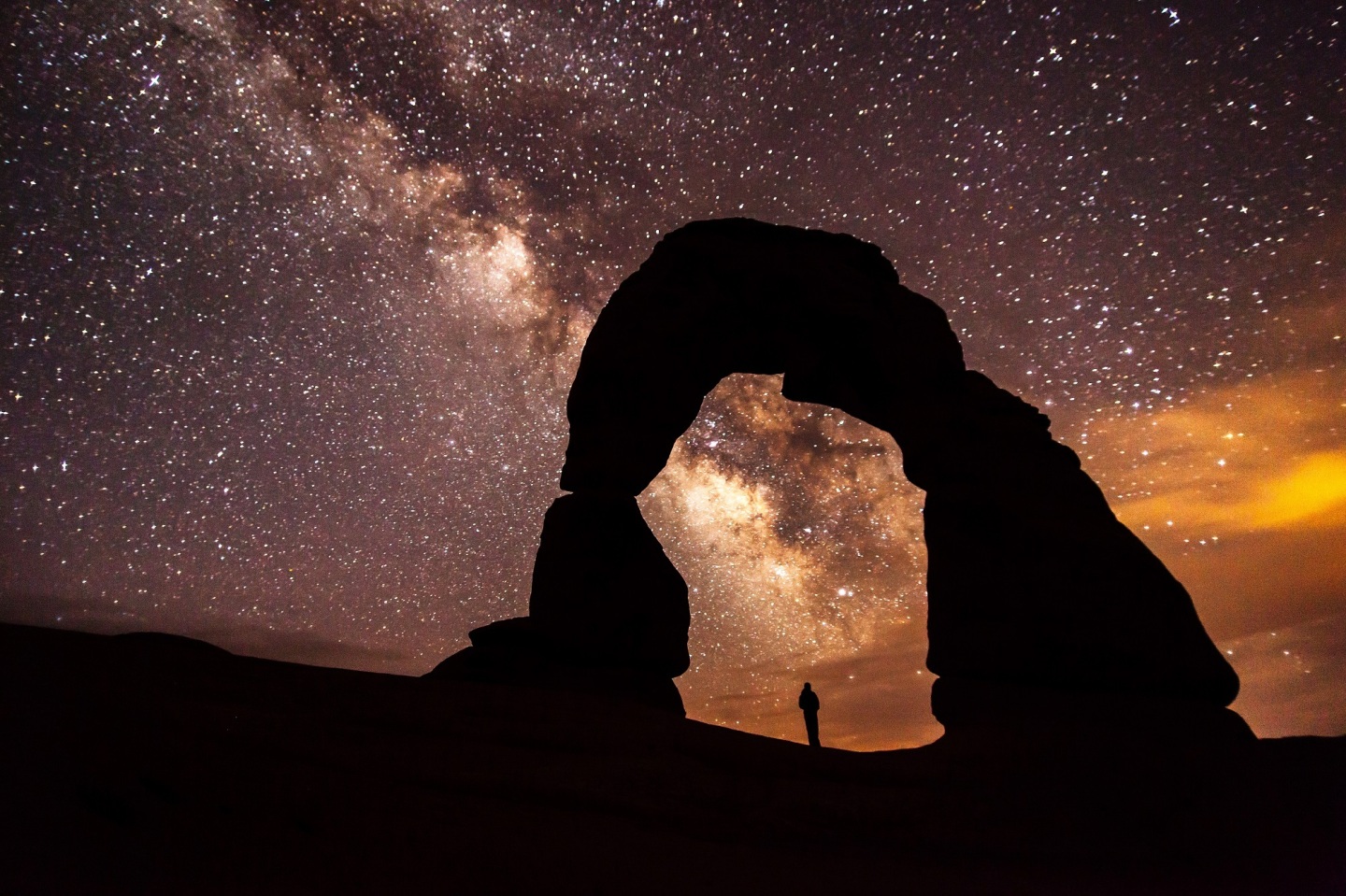 Even if I caused you sorrow by my letter, I do not regret it.  Though I did regret it—I see that my letter hurt you, but only for a little while—yet now I am happy, not because you were made sorry, but because your sorrow led you to repentance.  For you became sorrowful as God intended and so were not harmed in any way by us.  Godly sorrow brings repentance that leads to salvation and leaves no regret, but worldly sorrow brings death.  See what this godly sorrow has produced in you: what earnestness, what eagerness to clear yourselves, what indignation, what alarm, what longing, what concern, what readiness to see justice done.  At every point you have proved yourselves to be innocent in this matter.  So even though I wrote to you, it was neither on account of the one who did the wrong nor on account of the injured party, but rather that before God you could see for yourselves how devoted to us you are.

“I have seen these people,” the Lord said to Moses, “and they are a stiff-necked people.  Now leave me alone so that my anger may burn against them and that I may destroy them.  Then I will make you into a great nation.”
But Moses sought the favor of the Lord his God.  “Lord,” he said, “why should your anger burn against your people, whom you brought out of Egypt with great power and a mighty hand?  Why should the Egyptians say, ‘It was with evil intent that he brought them out, to kill them in the mountains and to wipe them off the face of the earth’?  Turn from your fierce anger; relent and do not bring disaster on your people.  Remember your servants Abraham, Isaac and Israel, to whom you swore by your own self: ‘I will make your descendants as numerous as the stars in the sky and I will give your descendants all this land I promised them, and it will be their inheritance forever.’”  Then the Lord relented and did not bring on his people the disaster he had threatened.

“What is meant by the term repentance?  The very same that is meant by the other forms of expression, by which God is described to us humanly.  Because our weakness cannot reach his height, any description which we receive of him must be lowered to our capacity in order to be intelligible.  And the mode of lowering is to represent him not as he really is, but as we conceive of him.  Though he is incapable of every feeling of perturbation, he declares that he is angry, we ought not to imagine that there is any emotion in him, but ought rather to consider the mode of speech accommodated to our sense, God appearing to us like one inflamed and irritated whenever he exercises judgment, so we ought not to imagine anything more under the term repentance than a change of action, men being wont to testify their dissatisfaction by such a change.  Hence, because every change whatever among men is intended as a correction of what displeases, and the correction proceeds from repentance, the same term applied to God simply means that his procedure is changed.  In the mean time, there is no inversion of his counsel or will, no change of his affection.  What from eternity he had foreseen, approved, decreed, he prosecutes with unvarying uniformity how sudden soever to the eye of man the variation may seem to be.”

There is a lot more here other than the explanation that in the Bible, God “repented.”  In Exodus 32, the people of Israel, left to their own devices while Moses was with God on the mountain, had made a golden calf, and they were worshipping it.  God wanted to kill them, but according to 1 Samuel 15:29, God does not change His mind.  So, why did the conversation between Moses and God seem to portray that He did after Moses prayed for the people?  God wanted to send a message to the people of Israel that “the wages of sin is death” (Romans 6:23).  He also illustrated to His chosen people what Mercy and Grace mean, in that God “relented” (NIV) or repented in a few other translations.  God did not “change His mind” or change His direction, but He used those words, as He spoke to Moses to exhibit His holiness and teach the people how loving He is.  He sees their rebelliousness, their sin, but still He loves them and does not bring them to harm.

Thus, with God’s example of Holy Repentance, how should we respond when faced with our own sin?  We must repent, because God is holy and cannot abide sin.  Yet, we cannot even repent on our own power.  God within us, after accepting Jesus as our Savior, gives us the power to truly repent of our sin.  And repentance is not just being “sorry” for having hurt someone’s feelings or even physically injuring someone.  That is regret, not repentance.  I have heard several dramatic performances (movies, TV, plays, etc.) where someone said, “I’m sorry” and the other person rejected that as an apology.  Only when they admitted their wrong and promised to do better was the apology accepted, and even in some cases the apology accepted after the sinner made restitution.  That harkens memories of when I had done bad things growing up.  I know, the rare moments…  No, my mother ensured that I humbled myself with each confession of wrong doing, and a couple of times when I was not the perpetrator – apologizing for someone else’s sin to avoid greater punishment, since judgment had already been made.

Thus, for us repentance is a turning away from sin, and coming closer to God.

But John Calvin begins this paragraph by talking about how words are “dumbed” down from the heavenly realm in order for us earthly humans to understand the nature of God.  When you follow this story in Exodus 32 with countless descriptions of visions, among other things, throughout the rest of the Bible, the words cannot convey what is seen in the vision.  My wife has had dreams where she would describe something.  In the middle of a description, she might say, “And the color…  It was so vivid…  It was like…  I was like it wasn’t a color at all…  Oh, drat, there are just no words to describe it.”

Are the gates of the New Jerusalem made of single pearls? Is that literal or did the Apostle John just not have a word for it?  Let us examine the old George Carlin question, often asked outside the comedy routine (routine title:  “I used to be Irish Catholic.  Now I’m an American.”).  The question is “Can God make a rock so big that He Himself cannot lift it?”  If you took a Philosophy class, this would be considered an irrational or illogical question.  It presupposes two rules that are not dependent on one another.  God can make a rock of any size that He chooses, like Jupiter.  God can lift anything, as in putting Jupiter in place and sending it into orbit around the sun.  The basis of the question is invalid.  But in getting back to Carlin’s question and relating it to pearls, God can make pearls, or even make oysters to make the pearls, that are so big that each pearl is as big as a city gate, the large gates where commercial trucks could drive through.

And that is a description of a physical thing.  I have often quoted an old pastor friend who said that “God being ‘Holy’ means that God is something that is ‘wholly other’.”  In other words, something totally different than us, due to our sin nature.  God cannot abide sin, but after Jesus washes our sin away, we are considered brothers and sisters of Jesus Himself.

John Calvin discussed God’s anger.  We could take each of God’s attributes and discuss them from the standpoint that we cannot conceive of that attribute with respect to God having the same attribute, because God is Holy and applies holiness to Anger, Love, Patience, etc.

God’s Holy Anger has no burning rage associated with it.  It is simply His aversion to sin.  Even then aversion could be a wrong word, as Calvin suggested, the dumbing down of the language to express the inexpressible.  God’s Holy Love has no quid pro quo; it has no tat for tat; it has no limits; and sorry Love Story fans, He loves and never has to say He’s sorry, but we may have to say we’re sorry, early, often, and until we pass away.  God’s Holy Patience is easy to understand for a large-minded science guy.  God is outside of time and space.  From His viewpoint, He sees the beginning of our time and its end – everything.  He knows what is going to happen, because from His viewpoint, outside time, it has happened, is happening, and will happen all at the same time.  In other words, He has read the last paragraph of our book and knows that for all who believe, it HAS worked for the good.  Thus, God’s Patience is absolute, and as unchanging as all His other attributes, each one with Holy attached, meaning that each attribute of God is different in some basic way than the way that attribute is used for humans.

And I could have saved myself a lot of words by simply saying that there is no limits on God, other than God is Holy and does not sin.  However large and powerful we can imagine God, He is greater still.