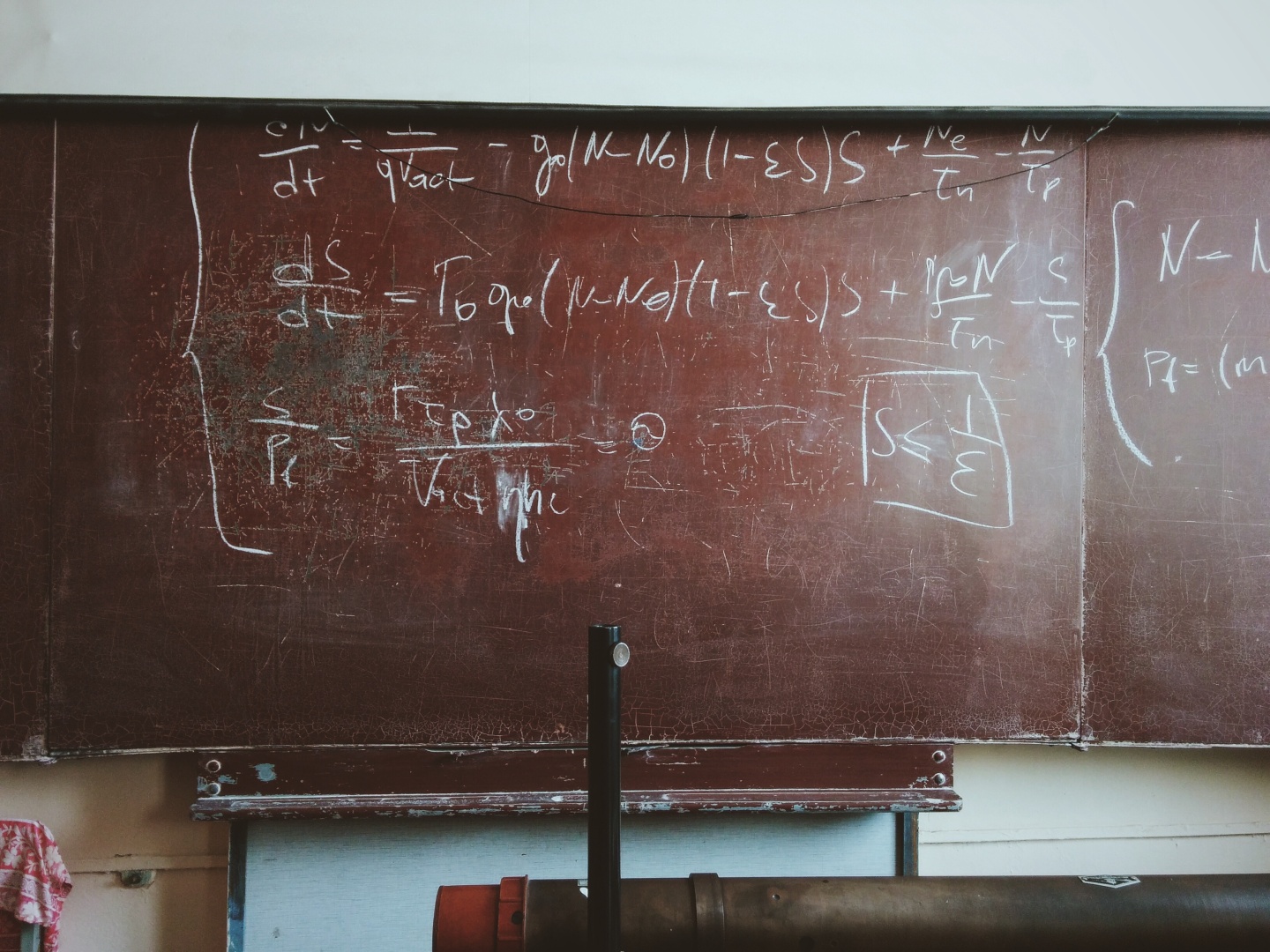 Can someone recognize this differential equation derivation? I probably did this math problem in one class or another. This photo is courtesy of pxhere.com. They provide copyright-free images.

Why are we regarded as cattle and considered stupid in your sight?

Whoever loves discipline loves knowledge, but whoever hates correction is stupid.

So I turned my mind to understand, to investigate and to search out wisdom and the scheme of things and to understand the stupidity of wickedness and the madness of folly.

Even as fools walk along the road, they lack sense and show everyone how stupid they are.

Don’t have anything to do with foolish and stupid arguments, because you know they produce quarrels.

“Now the trouble with trying to make yourself stupider than you really are is that you very often succeed.”

I am reminded of a quote attributed to George Carlin, but it does not really sound like him.  The quote says something along the lines of “Half the population of the country are stupid.  That means that half the people that you know are stupider.”

The concept of the misquoted and maybe misattributed “quote” is that average intelligence being in the middle, all below that line are below average mentally, or “stupid.”  Thus, on average, that is if your friends are average, half the people that you know should be below the average line, thus more stupid than average.

I used all five of the verses in the Bible that use the word “stupid.”  Okay, Ecclesiastes 7 has the word stupidity.  All the Old Testament references refer to spiritual stupidity, or as the word “fool” is used in the Bible, someone with a moral deficiency as opposed to an intellectual deficiency.

So, is the country becoming more depraved?  Have we become morally deficient?  Let’s see.  We have removed prayer from schools; we cannot have a Bible out on our desk at work; we ignore most of the Ten Commandments as being out of date; and the latest idea to fix the police versus people of color issue is to reduce the arrests based on how society has evolved.  Let’s see.  Sounds like anything goes and there is no moral line in which we can draw to see how far below the line we have sunk.  The line is there, but we are too morally destitute as a society to even see moral decency in the distance.

Now this does not apply to all of us, just the ones who have microphones in their hands, brainwashing our children on how wonderful their life is – while we, who know Jesus, know that these people with microphones are empty inside.

But when it comes to intellectual stupidity, or ignorance in some cases, are we losing it there?

Take math for example.  Yes, I know some people’s eyes roll into the back of their heads when the word is mentioned, but I will only talk about me – sort of.  As others did, I got a very overpriced calculator when the first scientific calculators came out.  The basic ones, the ones that added, subtracted, multiplied, and divided, were too basic.  I did that in my head without taking notes or writing anything down.  I used to balance the checkbook that way.  I could add a column of twenty uncleared checks in my head and then compare the result with the balance that the bank claimed that we had, without ever writing any of it down, except to scribble in the checkbook that we were okay for another month.

Now, when I must subtract one check from the balance and if I must carry any digits to the next column, I pull out the calculator.  Doing what used to be so easy now gives me a headache.

Another example is driving a car.  I have nearly been hit head-on at high speed 4-5 times in the past month, and when that happens, your brain imprints what you see behind the offending steering wheel.  In each case, they were texting.  In a couple of cases, they never looked up.  All that I can imagine was that they let the collision alarm on their car do the driving and they corrected the steering wheel to make the alarm turn off – never looking to see the terror they had caused.

Another example, and it has come up while writing this post, is autocorrect, grammar check, and spell check.  I do not think that I have gotten any red lines for a misspelled word yet, but I have gotten the blue lines for suggested better ways of saying something.  And horror of horrors, I ignored a couple of them.  I have transposed letters in a word and before I backspaced to correct it, the computer had already taken care of it.  An old secretary once said that I was the first American that she had met who could spell.  How old was she?  She was a displaced young adult after World War II, from Czechoslovakia, having traveled from her country into western Europe before they created a no-man’s land between the two.  She typed everything using a manual typewriter and you need not ever look for a mistake in her typing.  She would not allow herself to make mistakes.  And to consider that her first language was her native tongue.  Then she learned her new adopted country’s language, German, and then English was at least third on the list.  Yet, she corrected the reports and letters that we Americans wrote.

But now the computer does that for us, and we no longer have to think.

And that is where this is going.  When Zager and Evans sang In the Year 2525, it seemed so far out there, in concept and the number of years, but it is happening as we speak.  Each time an engineer dreams up a modern convenience, instead of having it improve our lives, we find one more excuse to get stupider.