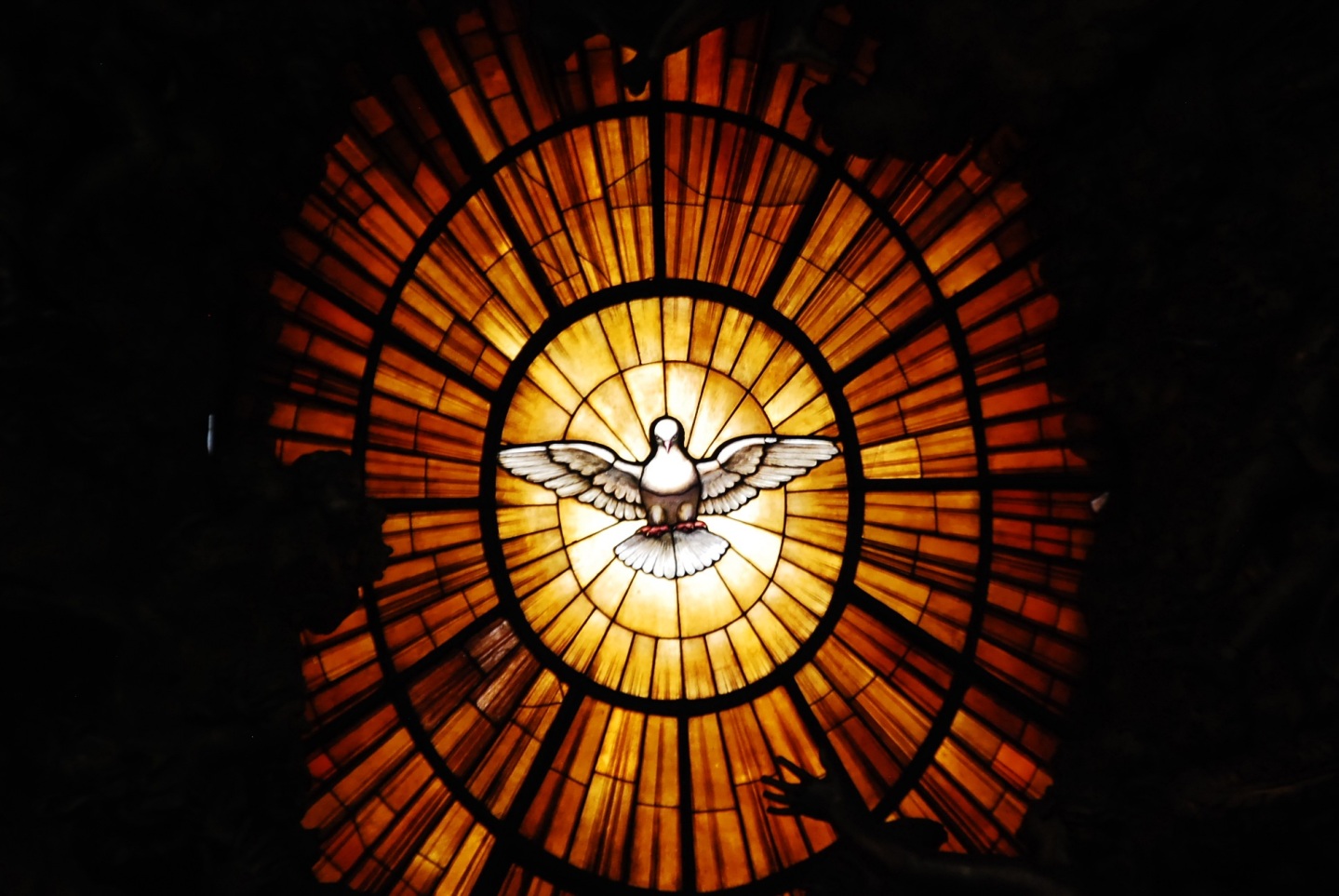 I asked the angel who talked with me, “What are these, my lord?”
He answered, “Do you not know what these are?”
“No, my lord,” I replied.
So he said to me, “This is the word of the Lord to Zerubbabel: ‘Not by might nor by power, but by my Spirit,’ says the Lord Almighty.
“What are you, mighty mountain?  Before Zerubbabel you will become level ground.  Then he will bring out the capstone to shouts of ‘God bless it! God bless it!’”
Then the word of the Lord came to me: “The hands of Zerubbabel have laid the foundation of this temple; his hands will also complete it.  Then you will know that the Lord Almighty has sent me to you.

I have hidden your word in my heart that I might not sin against you.

“And surely I am with you always, to the very end of the age.”

“After the crucifixion the beleaguered disciples despaired and said, ‘We had hoped that He was the one to redeem Israel’ (Luke 24:21, RSV).  There was anguish, despair, and tragedy in their midst.  Life had lost its meaning and purpose.  But when the resurrection became apparent, life took on a new meaning.  It had purpose and reason.  David Livingstone once addressed a group of students at Glasgow University.  When he rose to speak, he bore on his body the marks of his African struggles.  Several illnesses on nearly 30 occasions had left him gaunt and haggard.  His left arm, crushed by a lion, hung limp by his side.  After describing his trials and tribulations he said, ‘Would you like to have me tell you what supported me through all the years of exile among people whose language I could not understand, and whose attitude toward me was always uncertain and often hostile?  It was this, “Lo, I am with you always, even unto the end of the world.”  On these words I staked everything, and they never failed.’”

We make it through each day not by might, not by power, but by the power of the Spirit.

David Livingstone said, as quoted by Billy Graham that the last sentence in the book of Matthew, just the second half of the verse, sustained him through his trials and tribulations in Africa.  But was it not the Holy Spirit that kept reminding David Livingstone of that verse?

That is one of the Holy Spirit’s best methods for keeping us going.  Yes, we must study the Bible and learn those verses, but the Holy Spirit brings them to the surface when needed.  That is what is known as hiding God’s word in our hearts.  The Holy Spirit can bring those thoughts into our minds even when they are not memorized, but it is much better to know the source.  We could easily be tricked into thinking we were quoting Shakespeare or quoting Shakespeare and thinking it is in the Bible.

Why do we fail at listening to the Holy Spirit?

We also lack proper rest.  We fill our lives with two things, mostly at the same time: noise and activity.

I am one of those types that must constantly be doing something.  I read a lot.  I study a lot.  I am like some of the great philosophers (not considering myself great) that wanted to constantly be learning.  In fact, my worst times of temptation come when I am not digging into something.  And I persevere until the job is somewhat finished.  I would love to say finished, but I have read some of my old posts, and I know they could have stood another review – typos, misspelled words, sentence fragments, you name it.

I rarely watch television as a result.  I look up from my play on the tablet, usually solving puzzles, to see what is going on if the audio does not make it obvious.  We got a television when I was about 2-3 years old, so I am a television kid, but my lifestyle better suits the old radio shows, listening and picturing it in my mind.

And this is not all driven by the Holy Spirit.  Sometimes, it seems like the Holy Spirit is saying to rest.  Recently, I have felt like the wheels were coming off.  After all, I went for two or three days without writing anything.  I prayed more earnestly than ever.  It was as if the Holy Spirit was out to lunch – nothing.  If I had not been well ahead of schedule, I might have gotten deeply worried.  I found myself taking naps.

And after I had rested, the ideas flooded back.

Indeed, God is with us to the end of the age, but He knows when we need to slow down and speed up.  What was that promise of Jesus the answer to in David Livingstone’s life?  It was what supported him, sustained him, kept him going.  That included rest.  I like being about two weeks ahead in my writing.  That way I can take a few days off when needed, and I am not rushed in trying to catch up.  Still driven, but knowing my limitations, and trying my best to follow as the Spirit guides.