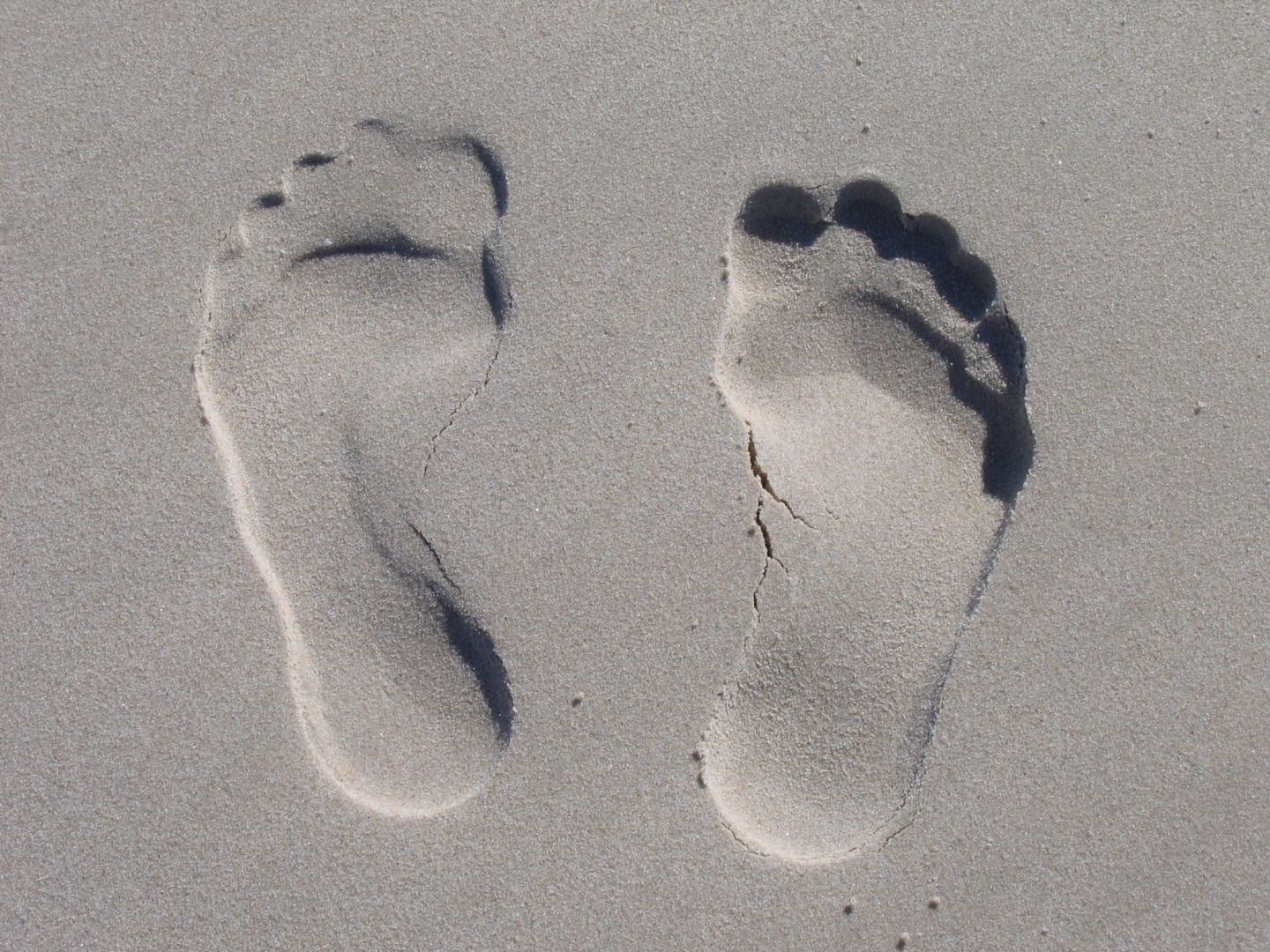 “You have heard that it was said, ‘Love your neighbor and hate your enemy.’  But I tell you, love your enemies and pray for those who persecute you, that you may be children of your Father in heaven.  He causes his sun to rise on the evil and the good, and sends rain on the righteous and the unrighteous.  If you love those who love you, what reward will you get? Are not even the tax collectors doing that?  And if you greet only your own people, what are you doing more than others?  Do not even pagans do that?  Be perfect, therefore, as your heavenly Father is perfect.

Do not say, “I’ll pay you back for this wrong!”
Wait for the Lord, and he will avenge you.

“If we really want (but all depends on really wanting) to learn how to forgive, perhaps we had better start with something easier than the Gestapo. One might start with forgiving one’s husband or wife; or parents or children…for something they have done or said in the last week. That will probably keep us busy for the moment.”

I had a dear friend who found the good qualities in everyone he met.  I suggested that he would come away from a meeting with Adolf Hitler and talk about his good qualities.  My friend argued against the point, and I said, “Ah, you do have your limits.”

But I really do not think he had the limits.  He had never really met Adolf Hitler; we just talked about it.  In abstract, he could draw a line in the sand, but if he met the rotten person, he would attach a face to the “name” and his forgiveness motors would start kicking in, and he might find like Spenser, the fictional private eye created by Robert B. Parker, that “Hitler liked dogs.”  (The author’s catch phrase to denote that no one is totally bad)

My wife is like my friend.  She has no trouble being compared to Will Rogers, a man who supposedly never met a man that he did not like.  The often-quoted quote, in researching some articles may have never been said by him.  He was interviewed regarding his penchant for finding good qualities, even in bad people. “baddies.”  He had often met bad people, notorious people, and came away liking them from a personal viewpoint, often finding them charming.  He was asked in the interview if he could find Leon Trotsky charming and Rogers talked about not having met him yet, but he might find some ground of interest to have a conversation with him.  It is reported that someone flipped the words around in another interview to say that Will Rogers had never met a man he didn’t like.  Will Rogers then chuckled at that idea and suggested that should be on his tombstone.  So, who said it first?  I am sure Will Rogers eventually said it.

But aside from my wife, my old friend, and Will Rogers, the rest of us have our trouble.  I have a few people, maybe only 3-4 people, who seem to have no redeeming qualities at all, people who have so identified with their extremist cause that all conversation turns into them preaching propaganda.

But then, I am sure they say that about me.  So, can we truly hold that kind of a grudge against anyone, when we are willing to die for what we believe in?  But have a conversation with them?  When they shut down such topics as sports, weather, and books that I have read lately, I quickly run out of things to say, but can you have a conversation with someone who controls the topic of discussion so strictly?  It becomes no subject is safe except to let them talk about things that offend you.  Sorry, I will talk to someone else.  God warns us against arguing with fools and if God is not working in their lives, a foolish argument will result.

In having a different conversation with that old friend, I spoke of the concept that maybe only two in three people who attend church are true believers, probably lower in many churches.  I used the old joke that if you are sitting between two of the most saintly of saints, you might have to look in the mirror and worry about your own salvation.  He challenged me to name one person in the church that I knew was not saved.

And that is where the problem starts.  We can hate the Gestapo, to use the C. S. Lewis illustration.  But when we look into the eyes of a Gestapo agent, do we see pure evil, or do we see a scared little boy trapped in a man’s body in a bad situation during an impossibly troubled time?  Lost, without direction, without hope, and needing God?

But back to my friend’s challenge.  Of course, I could have named a few people who had said to me in confidence that they did not believe that Jesus ever existed, much less was the Son of God – yet they were church members.  But I kept my information, given in confidence, and told my friend that I could not name anyone specifically.  In other words, I lied because he had a point.  Besides deciding who goes to Heaven or Hell is way beyond my paygrade.  We were simply having a conversation that we need not leave the church to evangelize, and those who are lost, but sitting in the church pews, are the hardest to reach.  They think they have already arrived.  Now that is really lost!

But my point is that in the Lewis illustration, it is much easier to hate the Gestapo than it is an individual within the organization.  And to make it more up to date, we could have difficulty forgiving Antifa and the KKK at the same time.  And since our world has become so polarized that every issue has only extreme sides, I could list any group of people and there could be a polar opposite group that cannot forgive them.  But in each case, if we see a face, it makes it harder to dislike them.

Maybe that is just the Christian response.  Maybe the lack of caring for our fellow human beings is really a lack of faith in God.  Why not blame God in that situation?  When we hate everyone except for our precious selves, are we not angry that God put all these “idiots” here – in our way!?!?!

I like Lewis’ suggestion, let’s take baby steps.  The old joke, told by many, but I remember Justin Wilson’s Cajun version.  A boy had grown up a mute.  He never said anything.  His parents sent the boy to countless doctors.  Nothing!  One day, when the boy was 5-6 years old, his Mama placed a plate of scrambled eggs, bacon, and toast in front of her son.  She turned to the stove to start cooking the rice for lunch and she heard her son say, “You burned the toast!!”  The mother exclaimed that a miracle had just happened that her son could speak.  Then the boy said, “Of course, I can speak, but everything up ‘til now has been going pretty good.”

Most of us do not suddenly talk in full sentences.  Children, other than one of our sons, usually say a word or two, then they build upon that, and sentences follow slowly.  Our one son seemed to be the very likeness of the boy in the joke, but he did say a few words before that point.  But he did go from a few words to full sentences, seemingly overnight, at a much older age than most.  And no, he was tested in the genius range.

But we have only discussed forgiveness.  There are so many other aspects of turning our lives away from earthly things and reaching out toward heavenly things.  There is so much to the sanctification process that it must be gradual.  We are indeed sinners that have a lot of baggage.  Forgiving Mama for burning the toast is a baby step in the right direction,

There are a lot of other baby steps that we could take, but I think the most telling words in the Lewis quote are “If we really want (but all depends on really wanting) …”

Do you want to be more like Jesus?  I heard a song last night, after a musician / composer was interviewed that asked the question about “Is it worth it?”  The composer had dedicated the song to the “persecuted church” which he called the “church” since we are all one group of believers.  The underlying theme of his song was for us to not freely give up what the persecuted church is dying to keep.

And even then, we must forgive those who take away that voice, a voice that simply wants to say that God loves you.