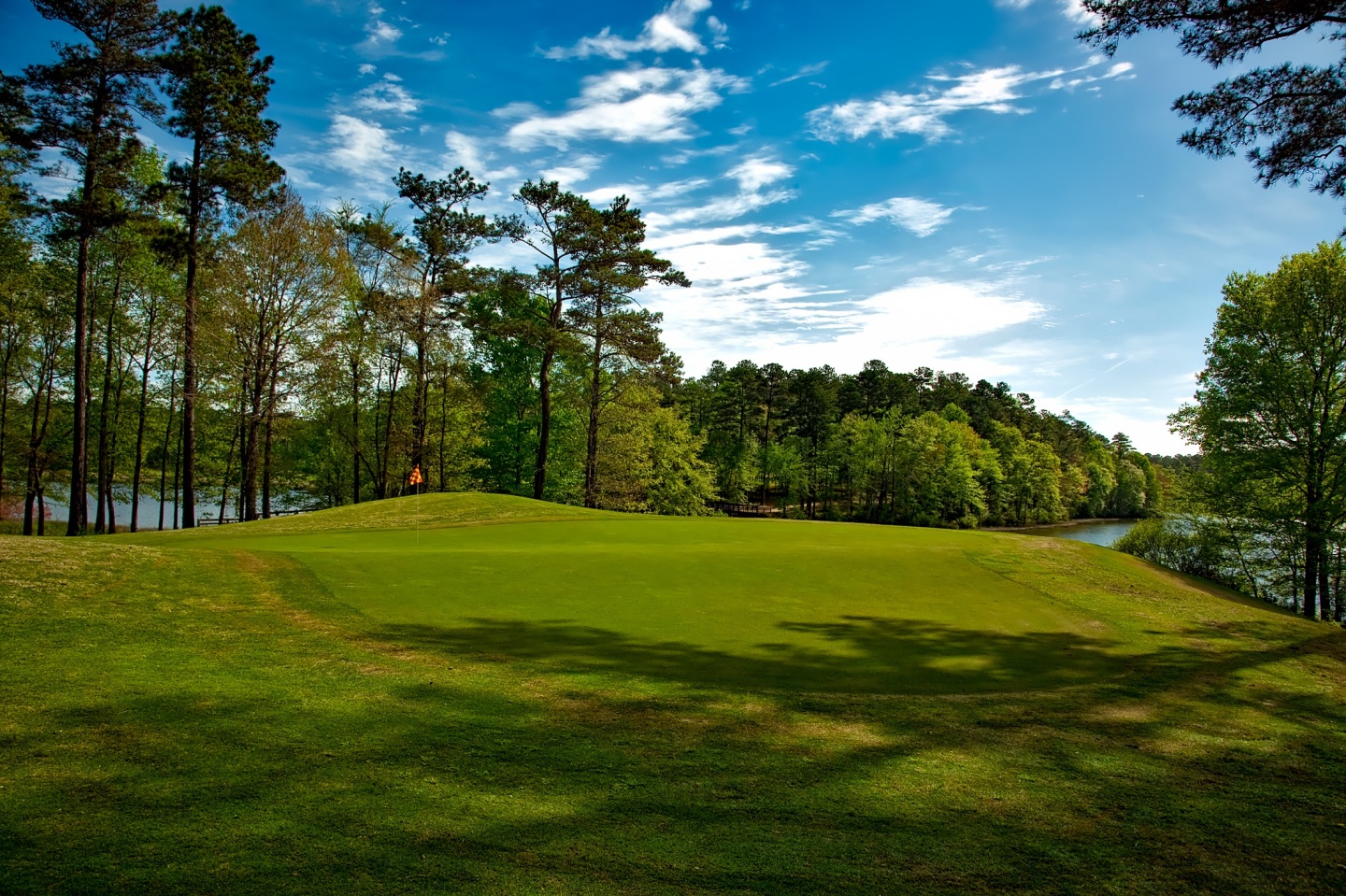 For I do not want you to be ignorant of the fact, brothers and sisters, that our ancestors were all under the cloud and that they all passed through the sea.  They were all baptized into Moses in the cloud and in the sea.  They all ate the same spiritual food and drank the same spiritual drink; for they drank from the spiritual rock that accompanied them, and that rock was Christ.  Nevertheless, God was not pleased with most of them; their bodies were scattered in the wilderness.

Dear friends, do not believe every spirit, but test the spirits to see whether they are from God, because many false prophets have gone out into the world.  This is how you can recognize the Spirit of God: Every spirit that acknowledges that Jesus Christ has come in the flesh is from God, but every spirit that does not acknowledge Jesus is not from God.  This is the spirit of the antichrist, which you have heard is coming and even now is already in the world.

“Golf is a good walk spoiled.”

About the quote, it is usually attributed to Mark Twain, but the Quote Investigator came up with nothing Twain wrote where the quote appears.  There are many “Mark Twain” quotes like that, and it does not mean he did not say it.  There are many other people who have said similar things.

But one of my favorite golf quotes is also attributed to Mark Twain.  It refers to a rule that should be in the USGA rule book: “It’s good sportsmanship to not pick up lost golf balls while they are still rolling.”  When the rude, crude jerks behind us try to speed us up by firing golf balls at our heads (highly deadly missiles), I forget that rule and pocket the jerk’s ball, but with Twain’s rule in mind, I will not chase the ball down, only if it is rolling nearby.

My other favorite quote is from Joe E. Brown.  I cannot find the quote, but it is something along the lines of, “I play golf in the seventies.  If it gets any hotter than that I don’t play.”  For you non-golfers, a score on most courses for a full round in the 70s is a good score, since par, playing each hole as designed, is usually 70-72.

At the time of writing this, I watched the US Open, a little of it, this past weekend, and upon this post coming out, the US Senior Open (those at or over age 50) should be started or about to start, for 2021.  The US Open championships – Women’s Open, US Open, US Senior Open – are all sponsored by the ruling body of the game in the USA, the USGA, the United States Golf Association.  I was a member for a number of years.  I got a new rule book each year and a new bag tag for my golf bag.  I quit paying the dues when I had too many bag tags for the next ones to fit on the bag.

The way golf works on television is that the title sponsor pays for most of the television advertisements.  I suppose that is different for the US Open, but there was one commercial that ran for the USGA every hour, or was it every 30 minutes?  The commercial was so over the top, it was ridiculous, even offensive.  In past years, the commercials talked about the USGA and what they provide for golfers.  That makes sense, take it or leave it.  This year, it was what golf provides to the golfers.  The commercial spoke of the exercise, the outdoors, the sun, the enjoyment of being with friends, the push for environmentally friendly conservation efforts, and the “fact” that golf is “spiritual.”

Sorry, they just mentioned that last part without defining it.

I looked in the Bible and in the NIV, the word “spiritual” appears in the text eighteen times.  Almost every reference of the word is for spiritual gifts.  The first Scripture above speaks of spiritual food, spiritual drink, and The Spiritual Rock, which is the Christ.  In all the lists of spiritual gifts, spiritual golf is never mentioned.  I think the USGA was quoting a different source.

I may have found the source:

“Golf in its most fully realized form is a spiritual endeavor. Like the evolutionary layers of the human brain or the stages of growth in a human life, there are different levels at which golf can be experienced, from the physical to the spiritual, and many levels in between.”

Okay, everyone is allowed an opinion, even though he goes on to talk about how golf weaves into every major religion on earth.  I just researched the Bible, and he missed the mark by …  Oh forget it.  If we were scoring, he shanked his drive out of bounds, count the stroke, penalty stroke, and loss of distance (back where he shanked it, but with two more strokes added to the score card).  I would love to just say he was disqualified.

He mentions how golf can be meditative.  I have done a lot of meditation looking for a lost ball in knee high grass that is frequented by rattlesnakes.  NOTE: When in this situation, carry a 7-iron with you.  It may not be the proper club for hitting the ball, but it is a good length and well-balanced with a heavy-enough head if you are faced with a poisonous snake confrontation.  No way do you look for the ball without any club at all, and longer length clubs take too long to swing.  Trust me.  Personal experience here.

I will admit that talking about golf from the pulpit is what led me to the church where we now attend.  The church where we used to attend, that no longer exists (and maybe due to this event), had a preacher who gave a three-part sermon on “Jesus Christ and Tiger Woods.”  I was so offended that I never attended another worship service at that church and left the church after the Sunday school year ended (not wanting to leave my Sunday school class, since I was the only adult education class that the church had).  My wife continued to attend (since she was the moderator of the deacons that year) and after the third part of the sermon concluded, she told me that the preacher’s conclusion was that Tiger Woods was a better golfer.

With that kind of total waste of time, I wept over the fact that the church did not make a mass exodus.  It became obvious that they did not listen to his sermons, or they did not care what he said.

Also note that I called him a preacher.  I usually use the term “pastor,” but this guy never did any pastoral care, unless pandering to be left in someone’s will.  He was often caught drinking never-ending coffee at a fast-food restaurant when he was supposed to be visiting the elderly, allegedly, but I have witnesses.

When I first learned to play the game, my friends and I would talk about playing golf in Heaven.  It seems such a tranquil activity until you get some jerk that wants to turn it into gambling.  Then it becomes Hell, or you bow out, take your clubs, and go home.

I mentioned the Joe E. Brown quote.  I only shot one round in the 70s (for an 18 hole course).  I had joined the gold club at Baden Soelingen Canadian Air Force Base in Germany, dubbed the noisiest golf course in the world, running next to the runway.  Their dues were cheaper than at the Heidelberg Army golf club and easier to get a tee time.  One day, I showed up early and the only other golfer was the base’s test pilot – the guy who flies the plane after maintenance has been performed to ensure the plane was really fixed.  The starter would not let us play alone, so we played together.  The test pilot corrected my grip on the clubs, and I suddenly played near par.  I finished the front-nine four over par.

On the back nine, he was called away to test an aircraft, so I finished the last 4-5 holes by myself.  On a strange par five, there were really two fairways side by side.  The tee was on one fairway and the green was on the fairway next to it.  People would call that a dogleg, but it really wasn’t.  Halfway down, the grass got knee deep, but shift to the left ten yards, and it was fairway again.  Up to that point, my back nine was shooting par.  I hit the most monstrous drive of my life on that par 5 hole.  It went over 280 yards and absolutely straight down the middle, driving clear past the freshly cut grass into the knee-high grass of the dogleg.  I thought I had finally gotten the knack for the game, but no.  As I looked for my ball, I muttered out loud, “To Heck with this game!”

With that said, the sun dipped behind the clouds.  There was an immediate cold breeze that whipped up.  Neither of those weather changes were uncommon for Germany, but a heaviness came over my heart.  I knew that I would not be playing golf with Jesus after saying that.

I chipped out of the high grass and got my only bogie (one over par) for the back nine on that hole, the 17th.  Thus, with the course regulation score at a par 71, I shot a 76.  My next best score over the next thirty years was in the mid 80s, typical bogie golf, but my usual was a much higher score.  And to top it off, I promptly forgot what the test pilot had taught me.  It was years of practice before the accuracy returned and the length never returned.

But what would golf in Heaven be like, anyway?  If you were playing a round with Jesus, Jesus would never chili-dip a shot.  He would hit the ball perfectly every time.  The wind would always be in Jesus’ favor, and who knows how often a strong wind might blow when you got up to take a shot…

No, no.  There is no pain or crying in Heaven, and without that, who would even think of playing the game.  It is a good walk spoiled.

But thinking of “spiritual,” there is also the idea of evil spirits.  Hmmm.  Maybe.

But as for “spiritual golf?”  Without Jesus as the object of worship, we have certainly devalued the word “spiritual.”