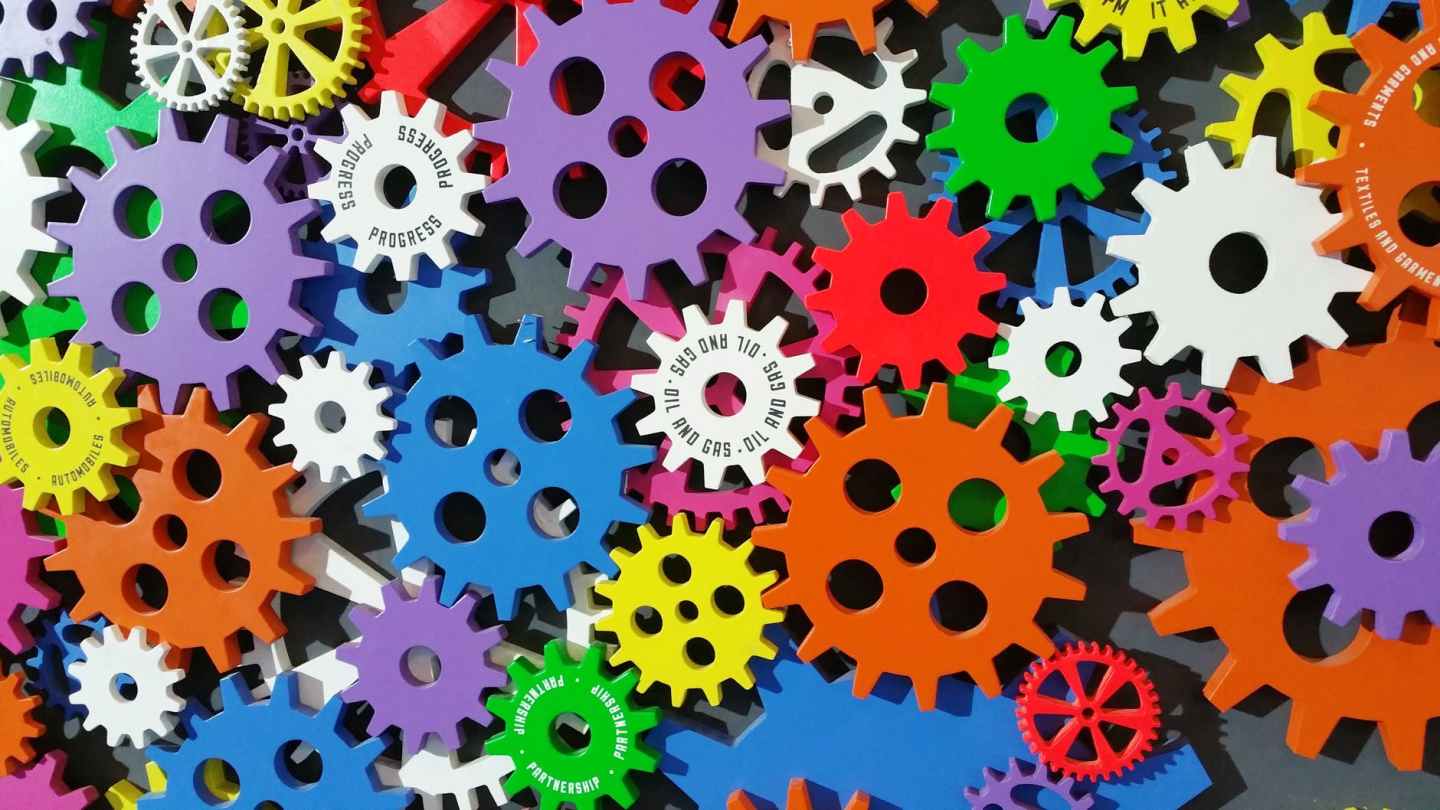 Photo by Digital Buggu on Pexels.com

Listen! The Lord is calling to the city—
and to fear your name is wisdom—
“Heed the rod and the One who appointed it.
Am I still to forget your ill-gotten treasures, you wicked house,
and the short ephah, which is accursed?
Shall I acquit someone with dishonest scales,
with a bag of false weights?

The field commander said to them, “Tell Hezekiah:
“‘This is what the great king, the king of Assyria, says: On what are you basing this confidence of yours?  You say you have counsel and might for war—but you speak only empty words. On whom are you depending, that you rebel against me?  Look, I know you are depending on Egypt, that splintered reed of a staff, which pierces the hand of anyone who leans on it! Such is Pharaoh king of Egypt to all who depend on him.  But if you say to me, “We are depending on the Lord our God”—isn’t he the one whose high places and altars Hezekiah removed, saying to Judah and Jerusalem, “You must worship before this altar”?
“‘Come now, make a bargain with my master, the king of Assyria: I will give you two thousand horses—if you can put riders on them!  How then can you repulse one officer of the least of my master’s officials, even though you are depending on Egypt for chariots and horsemen?  Furthermore, have I come to attack and destroy this land without the Lord?  The Lord himself told me to march against this country and destroy it.’”
Then Eliakim, Shebna and Joah said to the field commander, “Please speak to your servants in Aramaic, since we understand it.  Don’t speak to us in Hebrew in the hearing of the people on the wall.”
But the commander replied, “Was it only to your master and you that my master sent me to say these things, and not to the people sitting on the wall—who, like you, will have to eat their own excrement and drink their own urine?”
Then the commander stood and called out in Hebrew, “Hear the words of the great king, the king of Assyria!  This is what the king says: Do not let Hezekiah deceive you.  He cannot deliver you!  Do not let Hezekiah persuade you to trust in the Lord when he says, ‘The Lord will surely deliver us; this city will not be given into the hand of the king of Assyria.’

“Because the division of labor increases productivity and makes it possible for everyone to be eligible for some kind of work (since it frees us from training in a craft), Smith argues that it can lead to universal wealth in a well-ordered society.  Indeed, he says that in conditions of perfect liberty, the market can lead to a state of perfect equality – one in which everyone is free to pursue his own interests in his own way, so long as it accords with the laws of justice.  And by equality Smith is not referring to equality of opportunity, but to equality of condition.  In other words, his goal is the creation of a society not divided by competitiveness, but drawn together by bargaining based on mutual self-interest.
“Smith’s point, therefore, is not that people should have freedom just because they deserve it.  His point is that society as a whole benefits from individuals pursuing their own interests.  For the ‘invisible hand’ of the market, with its laws of supply and demand, regulates the amount of goods that are available, and prices them far more efficiently than any government could.  Put simply, the pursuit of self-interest, far from being incompatible with an equitable society, is, in Smith’s view, the only way of guaranteeing it.”

Adam Smith (1723-1790) had a political philosophy based on classic, capitalistic economics, but in the description of his “self-interest” concept, the word “perfect” is used far too many times.  He understood supply and demand.  He understood the laws of justice.  But he did not take into account the greater law, the Law of Greed.

Then the “perfect” problem arises when someone has no one to babysit the children or they are handicapped in some way.  Then, “the not-so-perfect” society must pick up the slack or have that person that you really like die from starvation.  Then once a certain type of person sees the widow or widower being taken care of without having to work.  The Law of The Lazy then reigns supreme.  As more people see the “lazy” taking advantage of others, they want some of that too.  Then the Law of Apathy takes over.

Is there still opportunity?  Of course, there is.  But the quality of life might be passable, just getting by, but if you do not have to work for it, it can easily become “enough.”

Another flaw in Adam Smith’s philosophy is the idea that everyone in a small village may wish to make gears for a living, but you must have a spindle or shaft upon which to place the gear before the gear becomes useful.  Otherwise, why ever make a gear?

It’s the age-old argument, okay, only a couple hundred-year argument, about evolution.  They look at a sea creature, and, because of the primordial soup concept, they assume this sea creature crawled up on land and decided to stay there.  Yet, for that sea creature to survive on land, hundreds of evolutionary steps must take place, all at once.  You may argue that the “all at once” is not necessarily true.  The evolution could change slowly until land life is more practical.  But two, at least two, issues take place.  1) a mutation that is not useful dies off quickly, and 2) many of these mutations must happen with other mutations or the creature will die.  Think about gill breathing to lung breathing – a lot of changes all at once or the animal dies.

So, with that said, we have a village that has no reason to create gears because there is no shaft or spindle that needs turning.  A few miles down the road, unable to communicate due to no working wagons, there is a shaft making village.  The shafts and spindles that they make are excellent, but they have no reason to make them, for they are too far away from the gear making village to one side and the wheel making village to the other.  But if they could just talk to the wheel people…  But what is good about two wheels and a shaft, without a wagon to place upon it?

Smith’s perfect society predicates that being “perfect” means that if supply is high in gears and the supply meets the demand, the new worker will, by his own self-interest for mere survival, develop the burning desire in his heart to make something else that is needed for the “machine,” that thing made by the village.  Good luck with that!  He has dreamed of making gears all his life. His girlfriend has expressed her desire to marry the best gear maker that will have her. Do you convince your girlfriend of her folly, if that is possible? Do you elope and move to a town that needs gear makers? Do you marry someone else who does not mind you not making gears? Will you wonder for your entire life whether you could have been the best gear maker? Which of these self-interests is the dominating one? Smith’s plan does not account for the heart’s desire, or the regrets afterwards.

My mother dictated to me that I should abandon all my personal self-interest dreams and become an engineer.  I loved chemistry, with no real understanding of any of the engineering disciplines.  I chose chemical engineering, with the hardest degree program, at least the greatest dropout rate, and the narrowest demand for fresh graduates, and then my mother demanded that I stay close to home where there were no jobs for chemical engineers, few jobs for engineers of any kind.

Thus, one person’s self-interest must never overbear another person’s self-interest.  I left the nest and my mother complained and demanded for the rest of her life for my return – so that she could control me.  Then, when I moved only an hour down the road, living there for four years, she visited twice.  Once to help us move from one house to another and once because she was getting medical treatments at a special clinic in Nashville and our house was a cheaper place to get a bite to eat than a restaurant for her return home.  So, why did we have to move closer?  I know, it was the few hundred visits that we made to their house.

If you had a village with say five of each craft, five of each type of farmer, and five construction craft people, and five handymen, and then you add a doctor, a lawyer, a preacher, and a teacher, and no one got greedy or thought their contribution was greater than anyone else’s, you might make it work.

But while Smith’s idea used “perfect” too many times, I put way too many things that all have to happen at the same time behind a tiny little word, “IF.”

You have far too many political systems, economic systems, and social justice systems that are all based upon wishful thinking.

All these systems fail to understand that a sin nature exists in the world.  Greed will enter someone’s heart.  In my scenario above, maybe the lawyer…  I apologize, even the preacher could become greedy.  It was highly inappropriate to choose the lawyer.  Maybe accurate, but inappropriate.  If my niece passed the bar exam, I hereby apologize to her personally.  But I think she knows a few greedy lawyers.

Now Smith did single out “competitiveness” as being an issue that could destroy his perfect system.  But in my experience, the football star (American football) got special treatment.  His experience at leading the offense down the field to score a touchdown proved he could lead a team that could assemble wagons, for an example.  The football star quickly finds the Army or Marine sergeant who led men in battle to be his poorly paid assistant, because besides his football skills, he was dumb as a board.  And because he needed that grizzled old sergeant in that position, the sergeant would never get a promotion.

The sin nature and one more thing.  We need to understand who is really in charge, God, and that God wants us to love one another.

The first Scripture makes another curse on Israel for using dishonest scales, in a few of the minor prophets.  The second Scripture shows the field commander of the Assyrian army bargaining with the leaders in Jerusalem.  The Assyrian wanted the people on the wall to hear his bragging so that Judah’s leaders could not lie to them.  The Assyrians were stronger, and the people of Judah could easily be destroyed if they did not agree to the bargain.

When we decide to go with a political and economic system as Adam Smith suggests, the central focal point of that system must be God.  Otherwise, anything dreamed up by mankind will fail.