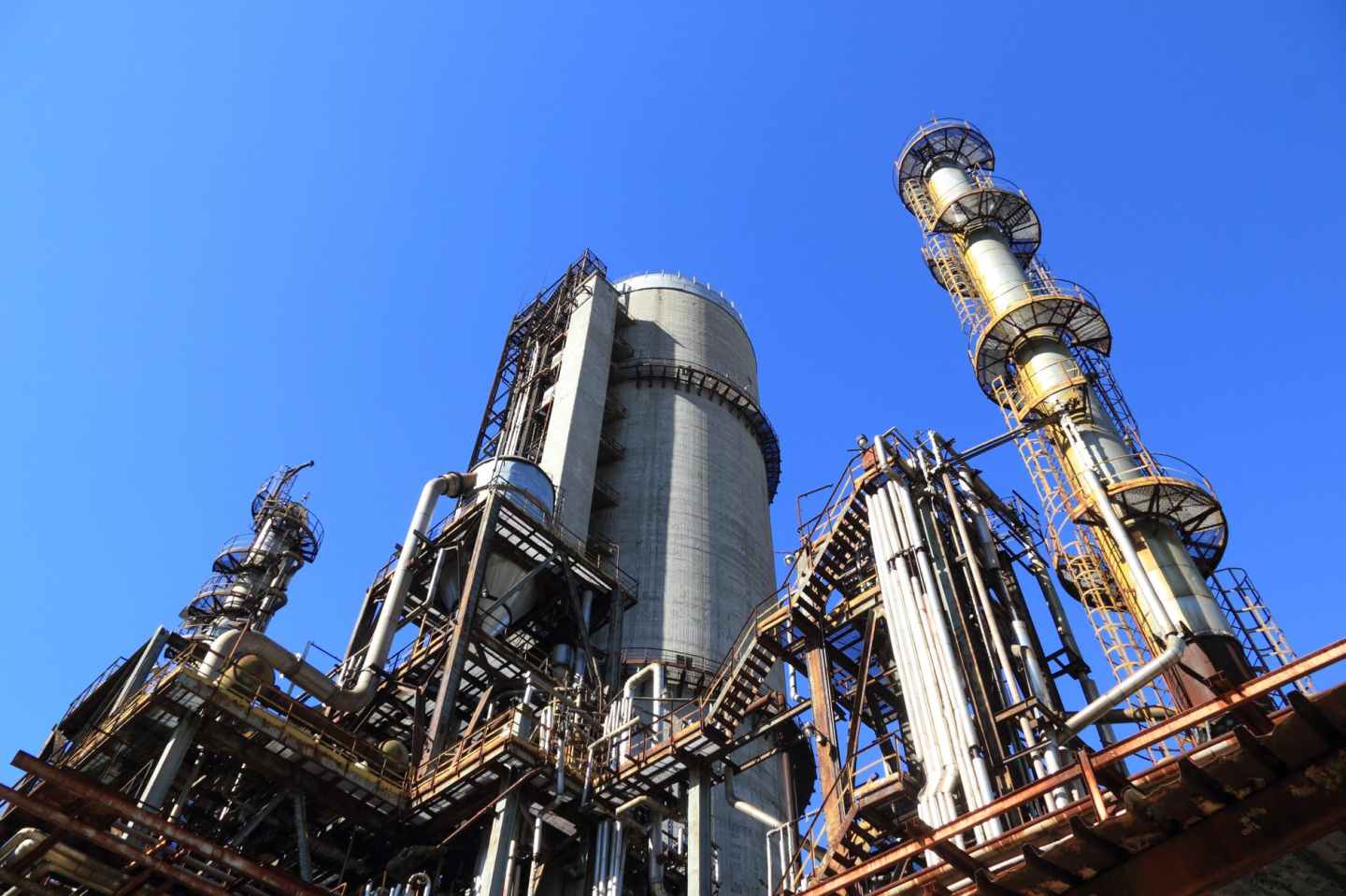 Then Joseph said to Pharaoh, “The dreams of Pharaoh are one and the same. God has revealed to Pharaoh what he is about to do. The seven good cows are seven years, and the seven good heads of grain are seven years; it is one and the same dream. The seven lean, ugly cows that came up afterward are seven years, and so are the seven worthless heads of grain scorched by the east wind: They are seven years of famine.
“It is just as I said to Pharaoh: God has shown Pharaoh what he is about to do. Seven years of great abundance are coming throughout the land of Egypt, but seven years of famine will follow them. Then all the abundance in Egypt will be forgotten, and the famine will ravage the land. The abundance in the land will not be remembered, because the famine that follows it will be so severe. The reason the dream was given to Pharaoh in two forms is that the matter has been firmly decided by God, and God will do it soon.

Moses answered him, “Because the people come to me to seek God’s will. Whenever they have a dispute, it is brought to me, and I decide between the parties and inform them of God’s decrees and instructions.”
Moses’ father-in-law replied, “What you are doing is not good. You and these people who come to you will only wear yourselves out. The work is too heavy for you; you cannot handle it alone. Listen now to me and I will give you some advice, and may God be with you. You must be the people’s representative before God and bring their disputes to him. Teach them his decrees and instructions, and show them the way they are to live and how they are to behave. But select capable men from all the people—men who fear God, trustworthy men who hate dishonest gain—and appoint them as officials over thousands, hundreds, fifties and tens. Have them serve as judges for the people at all times, but have them bring every difficult case to you; the simple cases they can decide themselves. That will make your load lighter, because they will share it with you. If you do this and God so commands, you will be able to stand the strain, and all these people will go home satisfied.”

“Husserl made use of the philosophy of the 17th-century philosopher Rene Descartes. Like Husserl, Descartes wanted to free philosophy from all assumptions, biases, and doubts. Descartes wrote that although almost everything could be doubted, he could not doubt that he was doubting.
“Husserl takes up a similar approach to Descartes, but uses it differently. He suggests that if we adopt a scientiﬁc attitude to experience, laying aside every single assumption that we have (even including the assumption that an external world exists outside of us), then we can start philosophy with a clean slate, free of all assumptions. Husserl calls this approach phenomenology: a philosophical investigation of the phenomena of experience. We need to look at experience with a scientiﬁc attitude, laying to one side (or ‘bracketing out’ as Husserl calls it) every single one of our assumptions. And if we look carefully and patiently enough, we can build a secure foundation of knowledge that might help us deal with the philosophical problems that have been with us since the very beginnings of philosophy.
“However, different philosophers following Husserl’s method came to different results, and there was little agreement as to what the method actually was, or how one carried it out. Toward the end of his career, Husserl wrote that the dream of putting the sciences on ﬁrm foundations was over. But although Husserl’s phenomenology failed to provide philosophers with a scientiﬁc approach to experience, or to solve philosophy’s most enduring problems, it nevertheless gave birth to one of the richest traditions in 20th-century thought.”

“When you have eliminated all which is impossible, then whatever remains, however improbable, must be the truth.”

I have to confess, I was first hired out of college by a small petrochemical company in southeast Texas as a mathematical modeler (computer applications engineer).  It was my job to mathematically model the entire chemical plant and see ways to improve efficiency.  In some cases, I was quite successful; in other cases, I could not gain the necessary knowledge to adequately create the model.

When it came to chemical plants, I felt that with enough knowledge, I could reduce anything down to a set of mathematical equations and find the best way to operate it.  In that small realm of influence, I was like Edmund Husserl (1859-1938).

One of my favorite authors when I was growing up was Sir Arthur Conan Doyle (1859-1930), thus the quote above.  Since he and Husserl were contemporaries, born in the same year, I wonder if Doyle might have borrowed the Sherlock Holmes philosophy of crime detection from Husserl.  Yet, it only works for Holmes because Holmes is a fictional character.

There was one thing that I knew that I could never reduce to a mathematical expression: how humans affected the process.  How would humans react under various situations?

Even I did crazy things.  One time while in a chemical process control room, someone smelled chlorine.  While everyone else ran away from the deadly gas, I ran into the cloud, holding my breath.  I instantly realized that a maintenance person had left a valve open.  After closing the valve, I needed to breathe; I saw a ladder and I climbed until I was no longer surrounded by a deadly yellow cloud.  I clung to the ladder for over an hour, waiting for the wind to blow the chlorine away.  A friend came up to the platform beneath me wearing a self-contained breathing apparatus and said that I could come down.  I yelled back that I would come down as soon as he took his mask off.  He removed the mask, laughing at how stupid I had been.  I saved several people’s lives, but I got the reputation of being a bit crazy – that hero mentality where the hero is scared, so scared that he runs in the wrong direction.

The point is that humans, with their ability to choose between options, may choose an option that we never thought of.

And trying to reduce the human experience down to a mathematical formula is an obvious form of playing God.  It might sound like it might work, but it doesn’t.  We cannot take that free choice away from people.

Today, with the secular progressive brainwashing, they are being quite effective in limiting our choices, at least the choices that might come to mind, but eventually, the world will learn what China learned in their Cultural Revolution.  The despot that wants all humans to be robots must kill all free thinkers or imprison them.  That is one of the reasons that I write these “philosophy lessons,” to encourage people in free thought (and hoping that they find God in the process).  If you dig deep enough with a mind that can at least conceive God, you will find Him.  If you start with no room for God in your life, you will never find Him, no matter how obvious the evidence.

Why did other philosophers fail in trying to use Husserl’s methods?  For one, the method was not that clear and straight forward, and, for another, no one can eliminate all their experience to start on neutral ground.  I heard Kevin Blackistone, a George Washington University professor and sports journalist, say on a sports talk show that he taught his class to try to avoid their personal point of view when reporting a sporting event.  But he said, it is nearly impossible unless you simply give the final score and say nothing else.  And in doing that, what you do not say says volumes.

We all have experience.  We all have our own beliefs.  We all, even if we deny it (which would be a lie), are prejudiced.  You may not see skin color or gender, but you may have strong feelings against overweight people, people with facial hair, the rich if you are poor or the poor if you are rich, people who talk too loud, or shy people who never say anything in a public setting.  Your experiences, your beliefs, and the other baggage that you carry lead you to use the Husserl method and produce a different result from any other philosopher.  Why?  We are human.

God can judge in this manner for He is Holy.  We cannot because we are not holy.  We can clearly define right and wrong as taught in the Bible, although many churches today cut and paste in the Bible based on their own experience.  We are commanded to guide our neighbor in a loving way against things that are harmful, like unrepented sin.  But to dictate the very bedrock foundation of philosophical thought by reducing all experience to a mathematical formula, that is for God alone to decide.  It seems that late in life, Husserl realized this was just one of those places where the old farmer might say (to the lost tourist trying to find his way back to the main highway), “Well, you just can’t get there from here.”