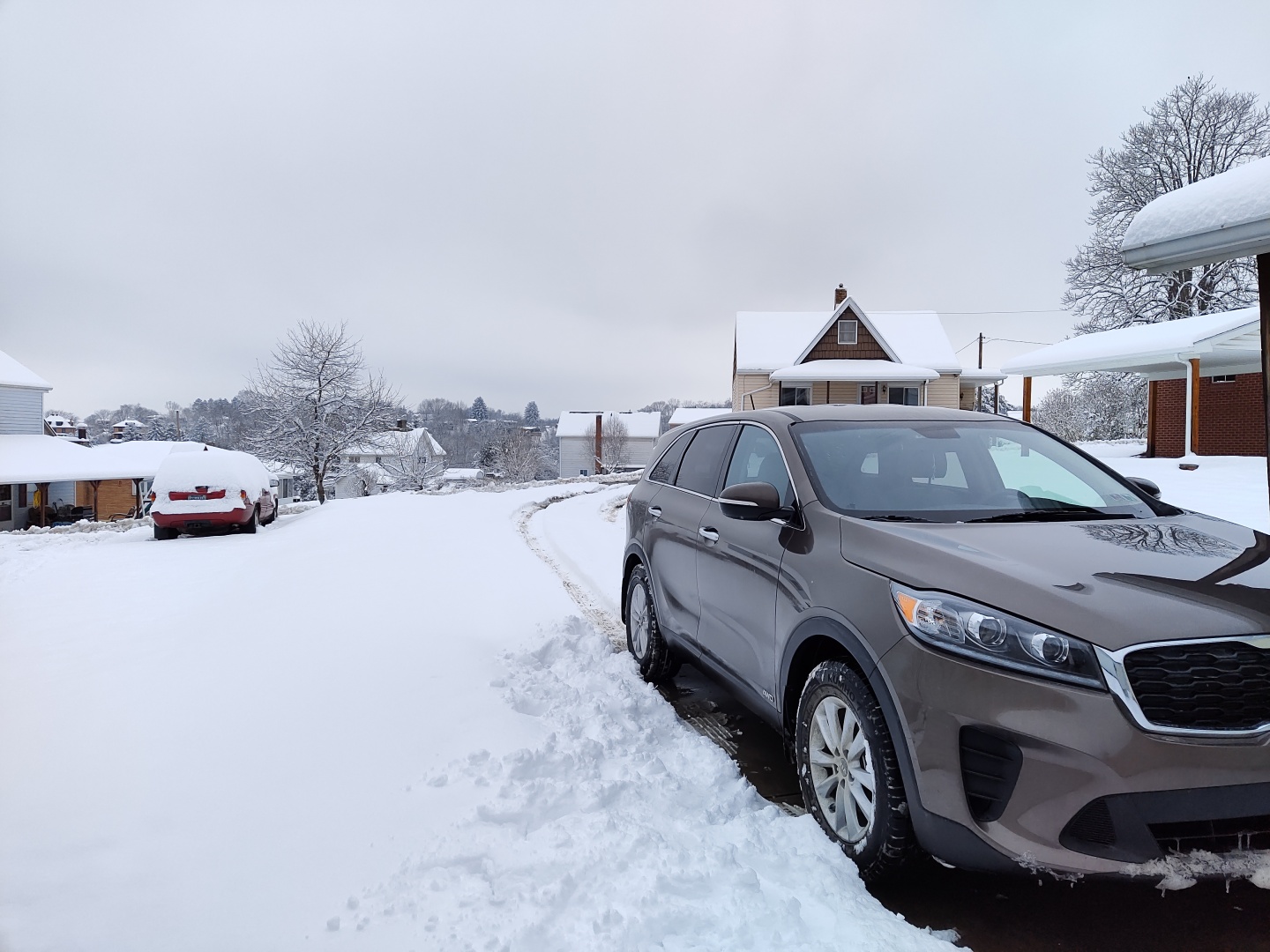 The Dragon in the backyard after plowing through nearly a foot of snow.

Benaiah son of Jehoiada, a valiant fighter from Kabzeel, performed great exploits. He struck down Moab’s two mightiest warriors. He also went down into a pit on a snowy day and killed a lion.

God’s voice thunders in marvelous ways;
he does great things beyond our understanding.
He says to the snow, ‘Fall on the earth,’
and to the rain shower, ‘Be a mighty downpour.’
So that everyone he has made may know his work,
he stops all people from their labor.
The animals take cover;
they remain in their dens.
The tempest comes out from its chamber,
the cold from the driving winds.
The breath of God produces ice,
and the broad waters become frozen.
He loads the clouds with moisture;
he scatters his lightning through them.
At his direction they swirl around
over the face of the whole earth
to do whatever he commands them.
He brings the clouds to punish people,
or to water his earth and show his love.

I guess that the significance of Benaiah killing a lion on a snowy day in a pit is that he was trapped in there with the lion and the lion might be a bit hungry.

No, on the day writing this, I had practically no sleep the night before.  There is no guarantee that this will even make sense or have a point.

I took my wife to dialysis and told her I had no idea what to write about.  I checked my watch, and I had a grand total of one and a half hours of sleep.  My brain said “sleep,” but I knew that if I did that, I would not awaken to pick up my wife four hours later.  So, I was on my way to the basement to do some writing – on what I had no idea – and I heard the whistle of the wind.  Our house faces east and that means that the western winds (winds from the west) beat down on the sliding glass door in the back of the house.

We have one of those stick arrangements.  You slide a stick into the slide groove, and you have “locked” the back door (basically a 2 by 3, a split 2 by 4).  Well, my wife has the knack for doing it and I do not.  But lately, she stops when the stick falls into place.  Hearing the wind whistle was bad, but feeling the breeze meant that the door was not closed completely.  You could not open the door, but the door was letting frigid air in.  Hello, gas bill next month!!!!

To borrow one of Tim Hawkins’ Christian Cuss Words and modifying it from “front” to “back,” “Well, I Swanee, SHUT THE BACK DOOR!!”  If you are having a “rassa-frassa” day or a “chat wagon” cuts you off in traffic or heaven forbid you run into the “son of a motherless goat,” you might look up Tim’s words on your favorite video site.  He asked Christians to submit ideas, and he got thousands of responses. Tim does not any of these as his own.

To be honest, the near freezing day with a constant wind over ten miles per hour and gusts a lot faster, it felt rather brisk.  Ten degrees colder and no wind was balmy in comparison.

But the Scripture from Job says it quite well.  Why should we complain about a cold breeze?  God will send plenty of warm breezes that people will complain about in a few months.  And especially why complain when you are inside watching the snow fly by horizontally from inside a well-heated home?