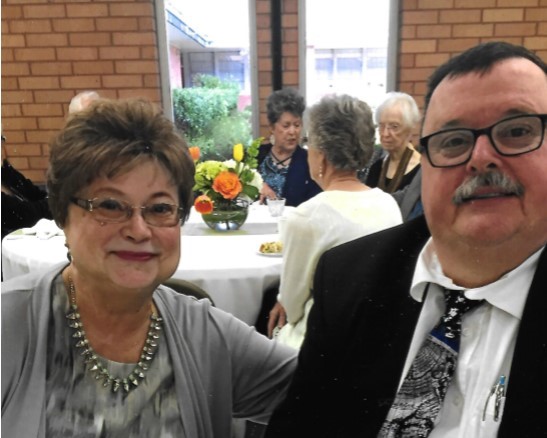 He was oppressed and afflicted,
yet he did not open his mouth;
he was led like a lamb to the slaughter,
and as a sheep before its shearers is silent,
so he did not open his mouth.
By oppression and judgment he was taken away.
Yet who of his generation protested?
For he was cut off from the land of the living;
for the transgression of my people he was punished.
He was assigned a grave with the wicked,
and with the rich in his death,
though he had done no violence,
nor was any deceit in his mouth.

The Lord says to my lord:
“Sit at my right hand
until I make your enemies
a footstool for your feet.”

Caroling was such an important part of Christmas.  I was probably caroling before I could read.  I remember walking from house to house with other members of the youth group and even before I was old enough for youth group.  No one invited us in for cocoa and cookies.  All of that was waiting back at the church.

Last year, I dissected three carols during the Advent Season for quizzes.  I plan to do so again, but maybe in a different vein, and the carols that I choose will be special ones, at least for me.

The fourth of these carols for 2022 is Silent Night!  Why?  I married into a singing family.  They were nothing like the von Trapp family, but in a way, they were.  They escaped persecution in Indonesia after the revolution there and returned to the Netherlands, from there they emigrated to the USA.  Singing every Friday night in their home to reminisce about the different countries they had visited or lived in, their singing talents were discovered in east Texas.  They represented the Dutch of Texas at the annual Texas Folklife Festival in San Antonio, Texas.  They were there for over twenty years, but children grow up, start families, and they went their own ways without recording any music or appearing on Ed Sullivan.

All that to say that I only sang one duet with my wife, at my old home church.  We were visiting during the Christmas season, the first Christmas break in our college classes after we were married.  We sang alternating verses in English and in German.  Thus, long before getting orders to relocate to West Germany in the US Army, I had sung a German Christmas Carol.

In the Question section I have statements.  The Bible references are given within the questions.  As we have been doing, place the line of the carol that closely matches.

The Scripture above from Isaiah 53 is the Scripture that the Ethiopian Eunuch is reading when Philip the evangelist shows up.  Philip explains how that prophecy had just been fulfilled when Jesus did not speak in His defense when falsely accused, recorded in the Matthew and Mark versions of the account.  This accounts for four of the uses of “silent” in the scriptures.

The closest thing to having the word “silent” appear in the account of Jesus’ birth is that the father of John the Baptist (Baptizer) hesitates, unable to grasp the idea of his wife giving birth.  The angel tells Zechariah that he will be unable to speak until his son is born.  When the son was to be named, Zechariah could not speak.  Others were going to call him a family name, but Zechariah motioned for a tablet and wrote, “His name is John.”  At that moment, Zechariah could speak again.  But before John was born, Mary, who was pregnant with Jesus in her womb, went to visit Elizabeth, who was pregnant with John, and John leaped inside her womb at the presence of the King of kings.  As such, this use of “silent” fits into the birth narrative.

Most other uses of “silent” in the Gospels, not used at all in John (NIV), are that the Pharisees and church leaders were left silent when Jesus challenged them.  One instance was when Jesus asked if one should do good or evil on the Sabbath.  When they were silent, Jesus told the man to stretch out his hand (Mark 3), and the man was healed.  In Luke, there were two other instances of the people trying to trap Jesus being silent: again healing a man on the Sabbath, but a man with a swelling of his body, but also when he asked whose image was on a coin, and then saying give to Caesar what is Caesar’s and give to God what is God’s.  Of course, as the Creator, everything is God’s.

As for the majority of the uses of “silent”, the Old Testament often recorded God giving a command to be silent.  What was about to be said was something the people needed to hear.  Maybe we have lost our ability to listen because there is far too much noise.

And here is the Vienna Boys’ Choir singing Stille Nacht, Heilige Nacht.  And wow, how they clip their consonants perfectly.

And here is jazz version of Silent Night! Holy Night!   Terry Miles is on the piano and Matrick Thorpe on the cello.

And here are The Singing Contractors singing Silent Night! Holy Night!  From singing while working to recording a few songs for the internet to a new career.

Maybe you are tired of the Chip Davis version, but I cannot get enough of it.  I hope you enjoy the Mannheim Steamroller version.