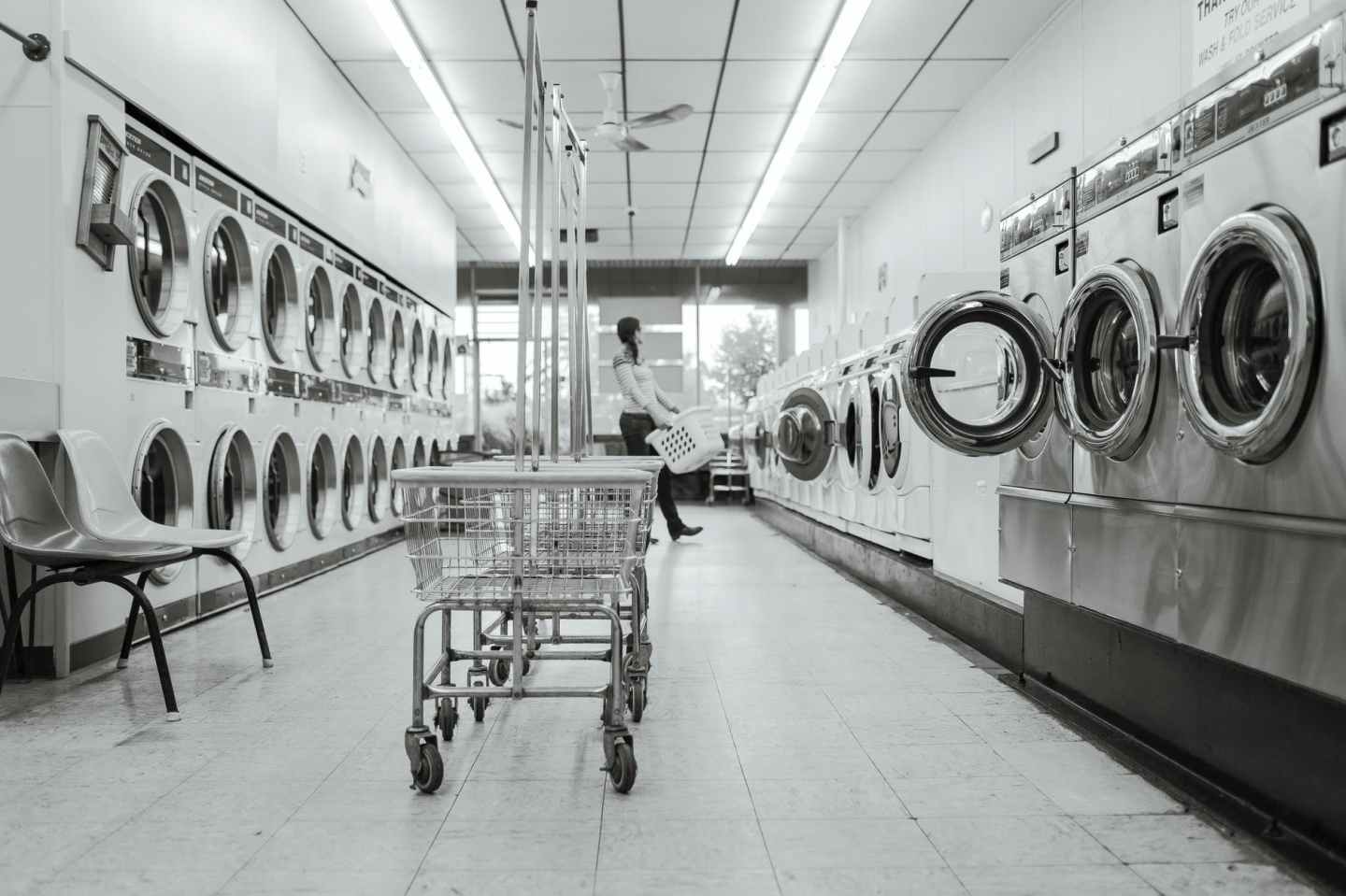 Photo by Gratisography on Pexels.com

If I say, ‘I will forget my complaint, I will change my expression, and smile,’

When I smiled at them, they scarcely believed it; the light of my face was precious to them.

When Tou king of Hamath heard that David had defeated the entire army of Hadadezer, he sent his son Joram to King David to greet him and congratulate him on his victory in battle over Hadadezer, who had been at war with Tou. Joram brought with him articles of silver, of gold and of bronze.
King David dedicated these articles to the Lord, as he had done with the silver and gold from all the nations he had subdued:

If anyone loudly blesses their neighbor early in the morning,
it will be taken as a curse.

I went to the laundromat early on a Saturday morning.  It can get a little crowded, but I have never had trouble finding driers that work.  I am usually finished by 9:00am.  I usually get my wife to kidney dialysis and then rush to finish the washing.  This time, I was only doing two loads: one clothing and one towels.

When I arrived, one of the regulars was just finishing the drying of their clothes.  The guy sat, practically taking a nap, and his wife quietly folded the clothes.  There was another man with clothing in the double, or triple-load washers.

As I loaded down my arms with clothing, reading material, and drier sheets, the lone man decided to go outside.  As I reached to pull the door open, he pulled the door to keep me out.  Maybe he was in a mode of “P-U-S-H, PULL!”  When people joke about it, they usually reverse the words.  But after my hand slipped from the door handle, he reversed his efforts and pushed.  He walked through the door and held it for me to enter.  I thanked him and he responded with a growl.  I smiled, but I was thinking, “Happy New Year, to you, too!” (sarcastically).

By the time I got my two loads in the driers and everything started, he returned.  The laundromat has two movable plastic chairs and one set of four chairs bolted to the floor.  Since the regulars were in the movable plastic chairs, I sat in the last seat away from the grumpy guy.  I could tell he had “nested.”  I established my nest.  I had my “God is Love” shopping bag where I keep the drier sheets, extra quarters, and my reading materials.  And I had my travel cup.  I took the canvas hampers to the only table not taken.  The regulars, probably in their 80s, were about ready to leave and the guy that was washing his clothing parked his laundry baskets on the table next to some of the driers.  The table next to him was the only free table, but the regulars were soon to leave.

Nothing was said for about fifteen minutes.  I got a lot of reading done in Steven Curtis Chapman’s autobiography.  Then the doors opened, and a new couple came in.

Have you ever looked up from your reading to see a woman look down on you.  You could tell what she was thinking.  “You are beneath me.  If I had the chance, I would kill you and throw you out with the rubbish.  You are a worm to me.  Please, stop breathing.  I might need the air.”  Okay, your shrew might not have said “please” in her mind, and I was probably projecting one tiny morsel of decency.

She was thin.  It looked like she had plastic surgery.  I would hate to think she was born like that.  She had one of those pinched noses and all her facial lines stretched toward this tiny sliver of a nose.  It was like the surgeon did as he was told and removed far too much of her face.  She had a permanent snarl on her face, and her husband, who looked normal other than battered and bedraggled, followed behind her like a lap dog to answer her beck and call.

She looked around the room and all she surveyed was beneath her.  After all, they were using a laundromat.

Thinking of the lap dog, she had her purse under her left arm and her right arm was full of a black and brown chihuahua.  As I like to call them, an overgrown, neurotic rat.  I apologize to anyone who loves them.  You probably feel that way about toy poodle enthusiasts.  When she stood in the doorway, talking to a passer-by, since we were only worms and she would die before she talked to us, I learned that the overgrown rat was four-years-old.  The chihuahua was placed on a leash, and it lasted 3-4 seconds on the floor before it let her know that it wanted to be picked up.  I wonder if she had raised children that were that spoiled?  Imagine, four years and that dog was cradled in her arms the entire time.

With both her hands tied up, it was her husband that brought in the laundry.  She chose the washers to use.  She handed him her purse and allowed him to retrieve the dollars to place in the money exchanger.  She directed him in how much soap and how much liquid fabric softener to use and where to place them.

I was thinking, “Poor schmuck, he is so ‘whipped’ that he reaches into a lady’s purse in public.  Real men do not reach into a lady’s purse, even if threatened with death, even when your wife is taking a nap.  She has a way of knowing you touched it.  Please, fellow, use a little manhood and avoid the purse in public!  This guy must really be whipped when she is not in public.  Then again, she is alone in the laundromat since we are only worms.”

By this point, the other regulars had left and the grumpy guy had moved his clothing to the driers.  Another customer entered and the chihuahua yipped for a good minute.  It refused to listen to the, “oh, my dear, shush, shush, you sweet thing” and while snapping her fingers and pointing for her husband to figure out what to do next.  How could she talk with the chihuahua so upset?  I was thinking, “A neurotic dog cradled in your arms for four years.”

About that time, my clothing finished, and I almost had all of it folded when the towels finished.  I quickly made my exit.  I had not noticed that they had left while their clothes were in the washer to berate a crew of workers who were taking down the borough’s Christmas lights along the nearby street.  Obviously, the borough’s work crew was doing it all wrong.  I said good-bye to the grumpy guy, and he actually said in a pleasant voice, “And the same to you.”  Now that I was leaving, he could talk.  He just did not want a conversation.  I can understand that.

But the mean lady?!  I know, I know.  I wrote a few weeks ago about how we should look at people as if they were living souls, treat them better, show some love.  But in looking through all my sensory information, I cannot tell if this woman was really a real human being.  Should we not have one small scintilla of compassion and grace, even in the meanest human being?  I love Robert B. Parker’s Spenser novels. Whenever Spenser’s friends denigrated their latest foe as being not-quite-human, Spenser would quip, “Hitler liked dogs”, meaning even the worst of the worst might have a sliver of c0mpassion. And there was answer. She liked … umm … at least one neurotic, overgrown rat pretending to be a dog. How could anyone be as … ummm … crabby as this woman?

The thought prompted me to compose a song.

I have changed the words to Have yourself a Merry Little Christmas.  My apologies to Ralph Blane and Hugh Martin, who wrote the original song.

Have yourself a crabby little New Year
Let your heart be glum
From now on
Your troubles mount to great sums.

Have yourself a yipping little New Year
With your precious rat.
You’ll be holding a neurotic brown, black bat.

Here we are as in olden days
Happy days before COVID.
Faithful friends who are dear to us
Would not anger us one bit.

Besides apologizing to the original song’s composers, I would like to also apologize to all bats, who might find themselves neurotic, brown, black, or any combination thereof. And maybe the song needs a little polishing, but …

Forget all that.  Holding a dog for four years can make anyone crazy.  She has not had a bad day.  She’s had four bad years.

What can you do, but just say “God bless you.”  And then duck before she throws something at your head.  Probably the purse.  She’d never do that to her precious neurotic overgrown rat.