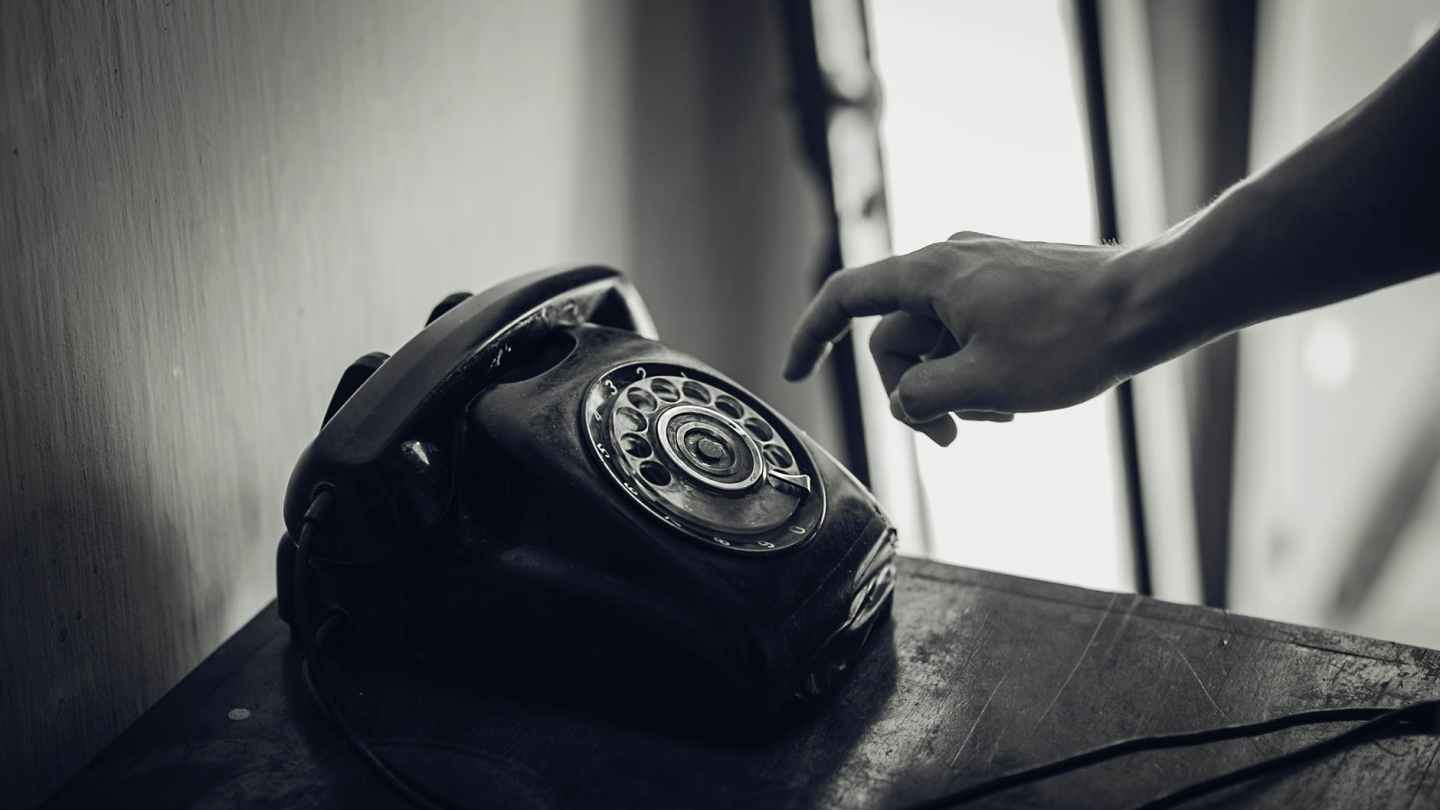 Photo by Min An on Pexels.com

The Lord said to him:
“I have heard the prayer and plea you have made before me; I have consecrated this temple, which you have built, by putting my Name there forever.  My eyes and my heart will always be there.

The Scripture is from God’s response to Solomon’s dedication of the temple.  You may say that this does not mean that God is always there for US, but Jesus referred to His body as the temple (John 2:20-21) and the Apostle Paul speaks of our bodies being the temple (1 Corinthians 6:19-20).

But do we take advantage of that intimate connection?  Some people rarely and most never.  Solomon may have been wise, but he was stupid when it came to keeping the lines of communication between him and God open.

When I grew up, we had a phone on the wall that was on a party line.  I was instructed to not answer the phone unless I heard two short rings followed by one long ring.  When we went to the new system where everyone had a dedicated connection, no longer able to secretly pick up the phone and listen to your neighbor’s phone call, the phone number got a lot longer, even longer when area codes were added.

Yes, I know.  A lot of my readers are scratching their heads wondering what all that is about.  Maybe I shouldn’t bring up the fact that our phone looked a lot like the one in the phonograph, with a rotary dial.  The system was counting the number of clicks from one to ten, ten meaning you dialed a zero.  I had a couple of friends that got good at imitating the sounds and making their calls without dialing at all, but sometimes they got wrong numbers, when the system did not recognize what they said.

But regardless, if you were not tethered to the special phone socket in the wall, you were not talking on the phone.  Most of my life until well into adulthood was away from the phone.  And shock of all shocks!!!!  I survived!!!!  I think it was much less stressful than these days.

But since cellphones came along, it seems that some people would risk death to be connected all the time.  With my wife being placed on the kidney transplant list soon, if God is merciful in that regard, she will be instructed that her cellphone must be on all the time.  While she has thousands of people ahead of her in line, it could be that there are not that many that have her unique blood type and leukocyte antibodies and antigens.  Thus, she could beat the odds and that kidney may come available at any hour of the day or night, but on average a five-year wait.

With that type of requirement, I can see someone responding to every call or text, but then again, I do the driving.

But when the response is the “life-or-death” heart that lights up when you tweet a photograph of your puppy or kitten, you have crossed over into a crazy place that may be most of the world today.  Just because you are in the majority does not mean you are not making bad decisions.

The other day, I wrote about the woman driver of an SUV that entered a construction zone, rubbing the passenger side of her SUV against the concrete barriers for about a half mile.  I saw the door handles fly off, a lot of sparks and debris (possible shreds of sheet metal), and smoke off the tires, as the barriers are wider at the base and the tires rubbed against the concrete.  I was amazed that the SUV stayed in its lane.  I was amazed that the driver did not pull off in the emergency pull off to check the damage.

It became obvious five miles further down the road when we finally had the opportunity to pass.  The woman was so much into her texting, she never noticed that she had wrecked her vehicle.

Less than a week before this incident, we were on the interstate highway and saw a contractor vehicle (van with ladders on the overhead luggage rack) that was taking up two lanes, half in one and half in the other.  He was driver slower than the speed limit, which in Pittsburgh means 30-40 miles per hour under the flow of the rest of the traffic.  When he wildly drifted hallway between the right-hand lane and the shoulder, we passed.  He was texting.  He had probably gotten instructions regarding his next job.  The scary thing was that when he finished his text, he sped up, overtaking us, putting us in the crosshairs for his next dangerous act, but we soon got to our exit.

Those were the worst, but we have seen countless people text while driving, punching buttons to make a phone call while driving, or doing something else equally as dangerous.  They may think that they are good at it, but I doubt if anyone that witnessed their driving style would agree.

But maybe no one cares.  I slammed on the brakes in an intersection with which I am very familiar.  A student driver had turned right on red into my path, but I was going through the intersection at the time.  The traffic was not clear.  What makes it worse was that there is a clearly marked sign not allowing anyone to turn right on red at that intersection.  I blame the instructor who was sitting next to the student driver.  With instruction like that, no wonder no one on the highway knows how to drive properly.

As the safety director for our company for many years, the parent company said that talking on the cellphone and texting while driving was a dismissible offense.  Their instructions were for sales manager (especially, but all employees) to pull to the shoulder of the road to take the call.  The call might mean business and maybe a lot of business, but safety was the priority.  For the group of companies (at the time) that I served, I added a clause to that.  With so many distracted drivers, the shoulder is no longer safe.  They should quickly conclude the call or suggest that they will call back when they get to a safer location (exit, rest area, etc.).

I dare say that most sales managers drove down the road and talked, holding the phone in one hand, their notepad in the other hand to take down the customer’s request, and driving with their knees on the steering wheel.  But, when that rule change came down from on high, I witnessed cars pulled off onto the shoulder for a few years.  It seemed a lot of companies were requiring that.  I rarely if ever see that anymore.  The rule now must be “If that idiot gets killed in a car wreck, we can hire another idiot.”

We will all eventually die, but why be stupid about it?

But it is important, especially while driving on these crazy roads today, to keep those communication lines between us and God open.  God is always available.  We never get a busy signal.  We never get shuffled off to the answering machine.

God is waiting for us to start a conversation, and that conversation is worth more than a million, billion, trillion emojis on the phone.