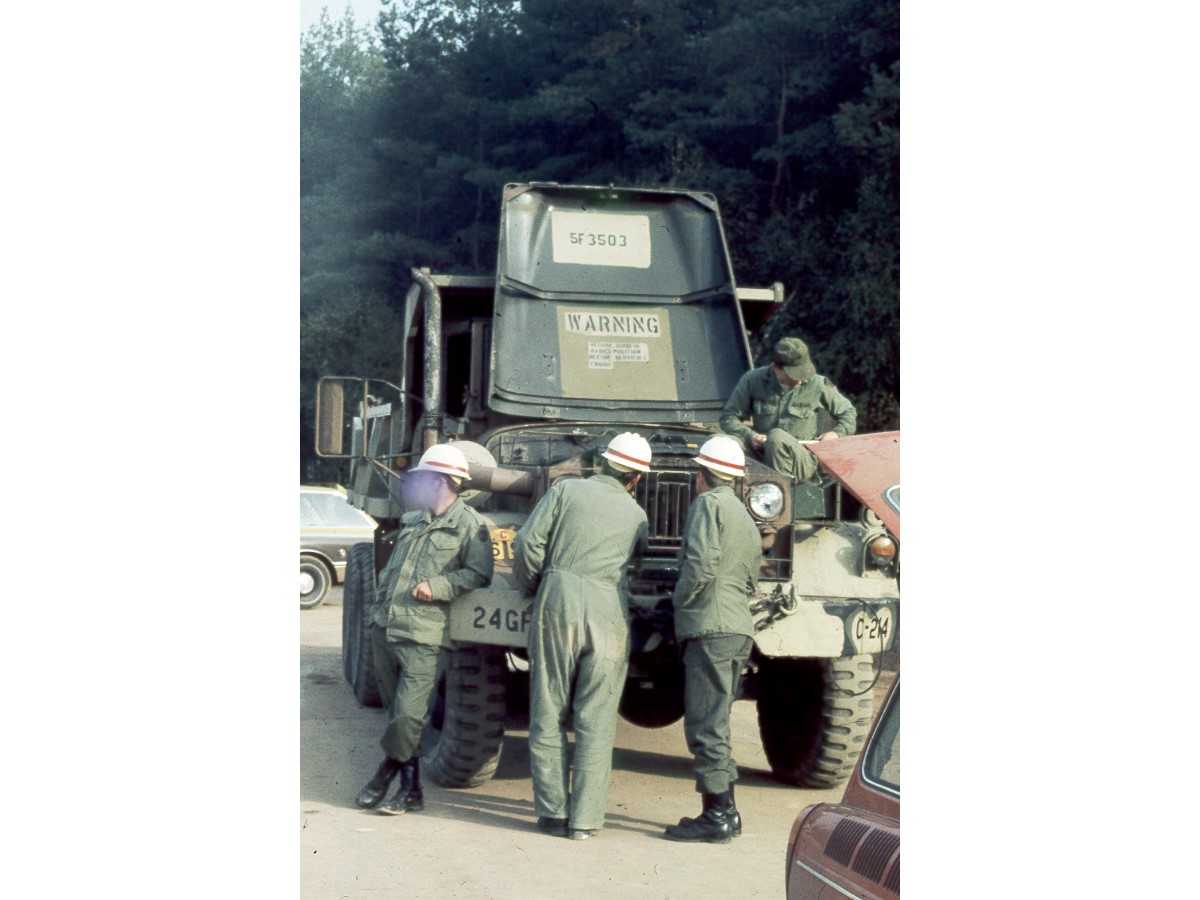 Let us see.  Paul talks about full armor.  Then he speaks of the belt of truth, the breastplate of righteousness, and some type of protection for the feet, readiness due to the gospel of peace.  Nowhere in this portion of Scripture does he mention the spoon.

But having firsthand knowledge that the spoon is not just necessary, it can also be rare, I would like to suggest that it be added.  Maybe we should be spoon-fed the Scriptures so that the belt of truth will have knowledge of the truth.  I know, firsthand, that the spoon should be worn on the breastplate.  I suppose to be “righteous,” it should be a clean spoon.  Please, do not suggest that the spoon could be placed on the feet.  That would be disgusting.

What am I talking about?  I think I mentioned it long ago, but I was one of many hand-picked people to be used on a military exercise.  I cannot say anything about what we specifically were doing, but a group of people each represented a much larger group of people, with facilities to maintain and people and construction equipment that were available to get the job done.  Then a war game, on paper, started.  The only problem was that we had an enemy that was attacking us by air.  We were unable to shoot back, and the airstrikes could come any time of the day or night.  When we were not being asked to respond to the latest airstrike, we were out doing reconnaissance.  All of this in peace time, preparing for a war that never happened.

What made me think of it?  My wife and I were at our favorite barbeque place the other day.  The restaurant honors first responders and military, even giving out freebies on occasion.  If you are ever in the place at noon, be prepared, you will stand at attention while the National Anthem is being played.  These people are serious about honoring those who serve.  We were not there at noon and as we ate, I looked around the room at the various displays.  I watched the slideshows on the television screens, probably of every volunteer fire department in the area, but there were occasional photos of military.  The booths were plastered with military, fire, and police badges of all types.  An army command sergeant major had contributed his stripes for the booth next to our table.  Nearby there was a bumper sticker that said something like “I may not wear green, and I am no longer lean, but I am forever a Marine.”

I was in a nostalgic mood as we cleaned up our table before leaving.  I had thrown away our plastic utensils and other trash, stowing the metal trays that the food was served on, and I went back to the table for a final check, seeing the plastic spoon that I had never used.  I stuck the spoon in my pocket, where a pen should be, and walked out of the restaurant.

That is when the exercise came back to me, like a flood.

We did our reconnaissance during the day.  The war games were run by a sergeant who had become a friend long before the exercise.  When I had battalion staff duty, he would come in and set up a war game, played with tiny pieces for military units and dice to determine what happened in each attack.  For the war games, he was left in charge as the enemy, and I felt he was using loaded dice.  He claimed that the dice were not loaded.  We were falling behind on our mission all on our own.  Things were not going well for any of us that were under attack, on paper.  Then again, the top brass that was looking over our shoulders were hoping that we would come up with something innovative.  For that to happen, we had to be placed under extreme pressure, things had to be horrible for us to start thinking outside the box.  As the exercise drew to a conclusion, after more than a week or getting 1-3 hours of sleep each night, I was at the point of total failure, although among the last standing, when I pulled a rabbit out of a hat.  The brass in charge felt that I had cheated.  They challenged me to support what I dreamed up, and I poured the maps out on the table and the reconnaissance reports and proved that I could do what I suggested.  They were not pleased, but they let me do what I suggested, meaning that what I was protecting, on paper, was still viable.  But I had not just thought outside the box, I had thrown the box away.

But long before that last day, our usual day would start with a morning briefing followed by a recon mission or an airstrike.  If a recon mission, we arrived back in the tent city about dark.  We would have a meal and usually while eating, the first airstrike of the day would occur.  Each of us had a couple of hours to figure out how to continue our mission and then we would go to bed.  An hour or two later, we would be awakened with the next airstrike.  By the time we figured out what to do next, it was time for breakfast and the morning briefing for the next day’s events.  We never awoke our driver in the night, so that at least one person from the team got enough sleep to prevent a vehicular accident.

To keep us fortified at all hours of the night, a cook would prepare snacks and chicken noodle soup for our midnight and 2 or 3:00am work details.  There was only one problem.  As people kept throwing away their plastic utensils, the cook announced that supplies, especially spoons for the soup, were running short.  People were placing their spoons in various locations, just to have them break.  But then, a sergeant placed his spoon in his breast pocket, in the gap of the fatigue pocket designed for a pen.  But there was a problem with that.  The working portion of the spoon was visible, right in the area where military decorations (for more formal attire) might be worn.  Everyone of us worker bees, enlisted and junior officers, started using that slot for our spoon.  But only I was dressed down for it.

About the fourth night, around midnight with less than an hour of sleep, I was ordered to the battalion large tent for the next gruesome news on our pretend war.  I jumped and ran, not thinking about the spoon in my pocket, hidden when the big brass were around.  I whipped open the tent flap of the large tent and right in front of me was the battalion commander, an LTC, and his command sergeant major.

This LTC was one of the nicest guys that I had ever worked for.  He was never one for strict military decorum, as long as everyone was acting in a professional manner.  But at this point, his units, of which I represented one of them, were not doing well in the exercise.  He had a reason and an opportunity to have a little snit.

He shouted for everyone’s benefit, “Sir, I see you are wearing a decoration on your uniform that I am unfamiliar with.  I shall put you on report if you cannot tell me how you obtained such an honor and why I should allow you to continue.  What say you, Sir!”

The tent became quiet.  The major behind him stopped his side conversation and the big brass all stared at me. When he called a junior officer “Sir,” it meant he was not pleased. It was usually “Lieutenant” or when in civilian clothes, he might use my first name, if he knew no one was listening.

For a few seconds, I had no idea what he was talking about.  Then I noticed that he was gazing at the spoon sticking out of my pocket.  I looked him squarely in the eye, snapped to attention, and crisply said, “Sir, that is the device for the Ancient Order of the Spoon, Sir.”

The LTC groaned and left the tent.  The major and the command sergeant major laughed.  I hurriedly walked past them to the table where I spread out the maps to see the latest damage report and start my work.

The next evening, the LTC must have gotten a special field citation, for he wore the device of the Ancient Order of the Spoon as well.  But nothing was said about it.

In our Christian lives, we have an enemy, Satan.  He has no qualms about attacking at any time, day or night, and we must be ready.  God provides our full body armor.  We must wear it, and to know the truth, we must study the Bible and pray, as Paul says in a letter to the Thessalonians, continually.  We must be ready, but not just with strong coverings for our feet.  We need to keep our strength up.  And to be well fed, we might just need a spoon.