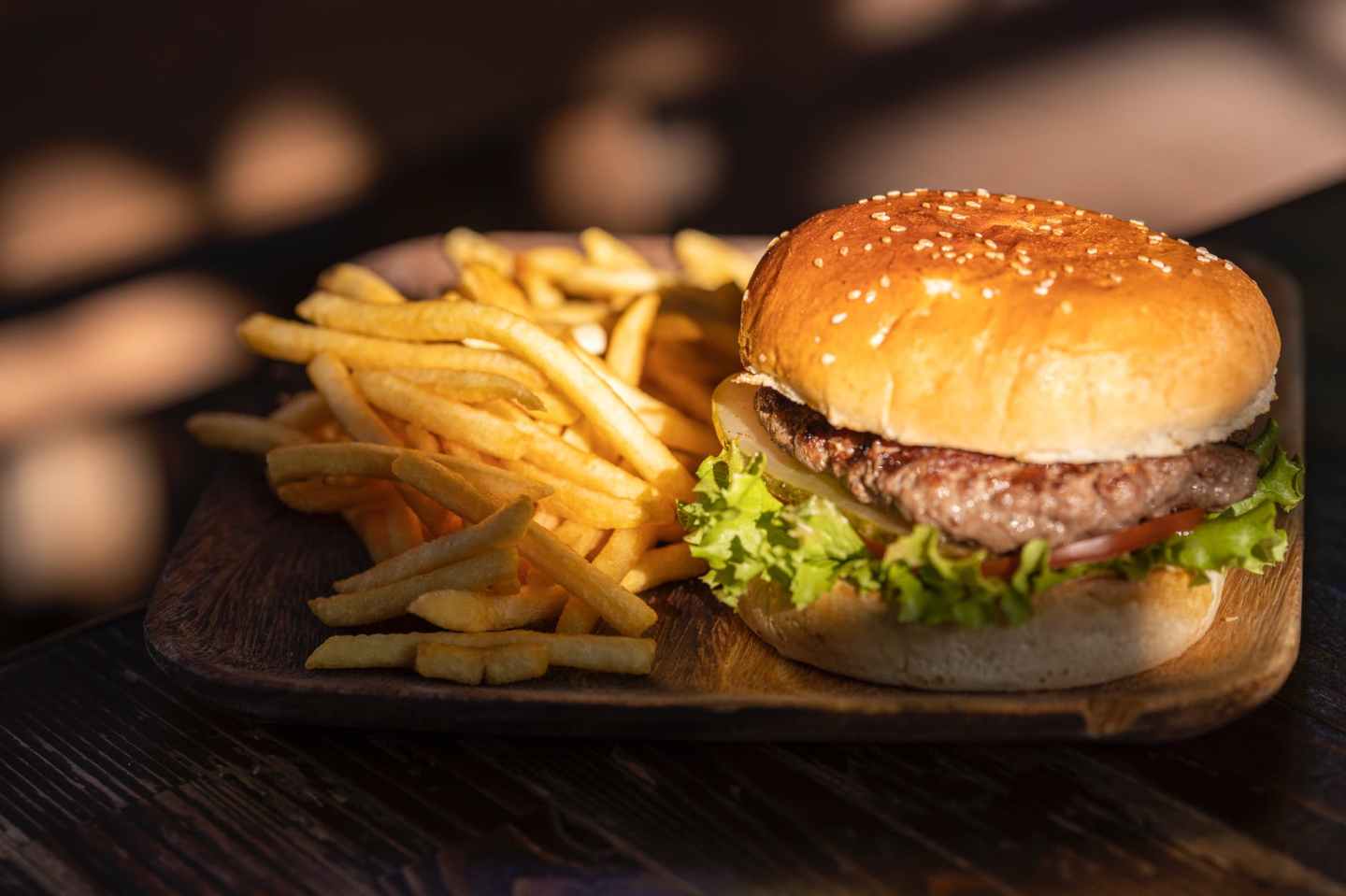 Photo by Engin Akyurt on Pexels.com

Do not eat any detestable thing.  These are the animals you may eat: the ox, the sheep, the goat, the deer, the gazelle, the roe deer, the wild goat, the ibex, the antelope and the mountain sheep.  You may eat any animal that has a divided hoof and that chews the cud.  However, of those that chew the cud or that have a divided hoof you may not eat the camel, the rabbit or the hyrax. Although they chew the cud, they do not have a divided hoof; they are ceremonially unclean for you.  The pig is also unclean; although it has a divided hoof, it does not chew the cud. You are not to eat their meat or touch their carcasses.
Of all the creatures living in the water, you may eat any that has fins and scales.  But anything that does not have fins and scales you may not eat; for you it is unclean.

I must confess.  My wife and I have gone out to two burger places within the past week.  I know.  That was very naughty of us, but we had reasonable, if not good, excuses.

The second trip was something I coaxed my wife into after she had finished dialysis.  I knew it was dicey, but she wanted something quick to eat.  I opted with a little slower.  I wanted to visit the bookstore, but we never made it there.  We went to an upscale burger joint that was two doors down from the bookstore.  Thus, the plan was to peruse books while we digested the food, but my wife felt ill and we went home.  We could have, and have recently, eaten a steak dinner for less than the designer burgers that we got.  The burgers were tasty.  They tasted like beef, unlike the first trip.

For the first trip, we were about out of gas and we went to a gas station with about the least expensive gasoline in town (to some of you, petrol).  Again, my wife had just finished dialysis, and she needed something to eat.  The big fast food place was across the highway, so we went through the drive thru.  My wife ordered a six-piece nugget box, and I ordered a large burger meal.  Since it was a meal, we both ate the fries on the way home.

Let me correct myself.  We ate what we thought were fries on the way home.  They sold them as if they were fries.  They looked like fries.  They felt like fries, but when you ate them, they had a slight taste of salt and nothing else.  French Fries are made of potato.  They are fried in oil.  Where was the flavor?  Paper, as you chew it in your mouth, has flavor.  This was totally void of flavor, as if it were air with a slight salt crust.

I was convinced that I had been attacked by the woke food police, forced to eat “healthy” food when I wished for a sinful pleasure, but I was wrong.  If the woke food police knew what I found out, they would be livid.  They would demand that their cousins of the cancel culture would cancel the food chain.

GMO stands for Genetically Modified Organism.  One of the many big things in food these days is to have non-GMO food.  It’s on all the labels.  Of course, at a burger joint, you would have to eliminate the bun as there are few non-GMO wheat products out there.  But the fries?  They are potatoes.  But this fast-food giant was having potatoes spoil on them.  They wanted potatoes to last forever.  They got their wish using GMO potatoes, with only one bad side effect.  When you ate them, it was like eating air, especially after you go to the “healthy” oil and the low sodium salt.  You are left with something that has no taste at all.

The fries, except for some that ended in the trash, did not survive the way home.  But no one can ruin a big burger.  Or can they?  My funky diet is not designed to lose weight unless I tailor it that way.  I should avoid the wheat, but this was going to be my sinful pleasure.  If I was to eat a burger, why not also eat the bun?  But I opened the burger and discovered onions.  I carefully removed most of the onions.  They give my IBS issues fits.  The wheat causes me to belch for about an hour and then I am fine, but not the onions. The bad effects linger.

Then as I licked my lips and took a big bite, I wondered if they had made the burger out of GMO potatoes.  If I had not thrown the onions in the trash, I would have put them back on the burger, just for taste.  The burger had pickles, and they had minimal taste – not a good quality pickle, could not figure out if it was dill or sweet-just a pickle taste, sorta.  It was a cheeseburger and there was some yellow-orange goo on top that had melted, but I had no taste bud telling me that it was cheese.  Replay the Monty Python cheese shoppe sketch and it might be the one type of cheese that the shoppe had, but it was runny.  I carefully examined the burger, and it looked like meat, but again, no taste.  If I had not had a burger since then with taste, and a few healthy meals in between like chicken divan and a great chicken-spinach-walnut-rice thing my wife made, with my help as she got tired after doing the chopping, but later recovered to finish it off. …  If it were not for that, I would get COVID tested.  I could taste if it had taste.  This burger had no taste, except for the pickle and a couple of onion slices that hid beneath the yellow-orange goo.

I think the yellow-orange goo was Woke sauce.  That stuff that is supposed to be good for you, made using that stuff that you cannot spell, and heaven-forbid trying to pronounce it.

You watch the 30 minute video and they finally announce Woke Sauce that will build muscle and help you loose weight without exercise and the name, unpronounceable, has fifteen consonants and two vowels, but one is a “Y”.  And before you can write down the “code” it disappears from the screen, and you cannot rewind the video to the end and freeze it.  And no way will I watch that video again!!!!

And to top it off, my wife opens her bag and screams that she was shorted two chicken nuggets (although “chicken” is a stretch).  The box said “4” on it.  She opened the box to find six nuggets, and, of course, only one sauce.  To make more money, they simply made their nuggets smaller.  And to save more money, they used up the old four-nugget boxes. If six can easily fit in a four-nugget box, they are smaller than they used to be.

So here we had more nuggets but less food, not enough sauce, GMO potatoes, mystery meat instead of beef, and Woke sauce instead of cheese.  And what is worse is that we ate real food at our favorite family restaurant for less money the previous week and that included the tip.  And the real food had flavor!  What a concept!

And to think, these mystery meat flippers want us to pay two day’s wages for the food that they cook, just so that they can make $15 an hour.

With or without the Woke Sauce, I will not contribute to that, but I guess I did this one last time.

Regardless of whether you stick to a Kosher diet or a reasonably sensible old American diet, we need to know what we are eating and know what really is in that mystery meat.  Could it be that it is the puppet master’s plan to get us eating unclean food that is not good for us, but sold as healthy?  And we never question it?

Moses’ tons of rules had a lot of sense in them.  God wanted His chosen people to remain healthy.  God allows us to eat anything, up to a limit, but maybe we should get back to the basics, if it is not already too late.