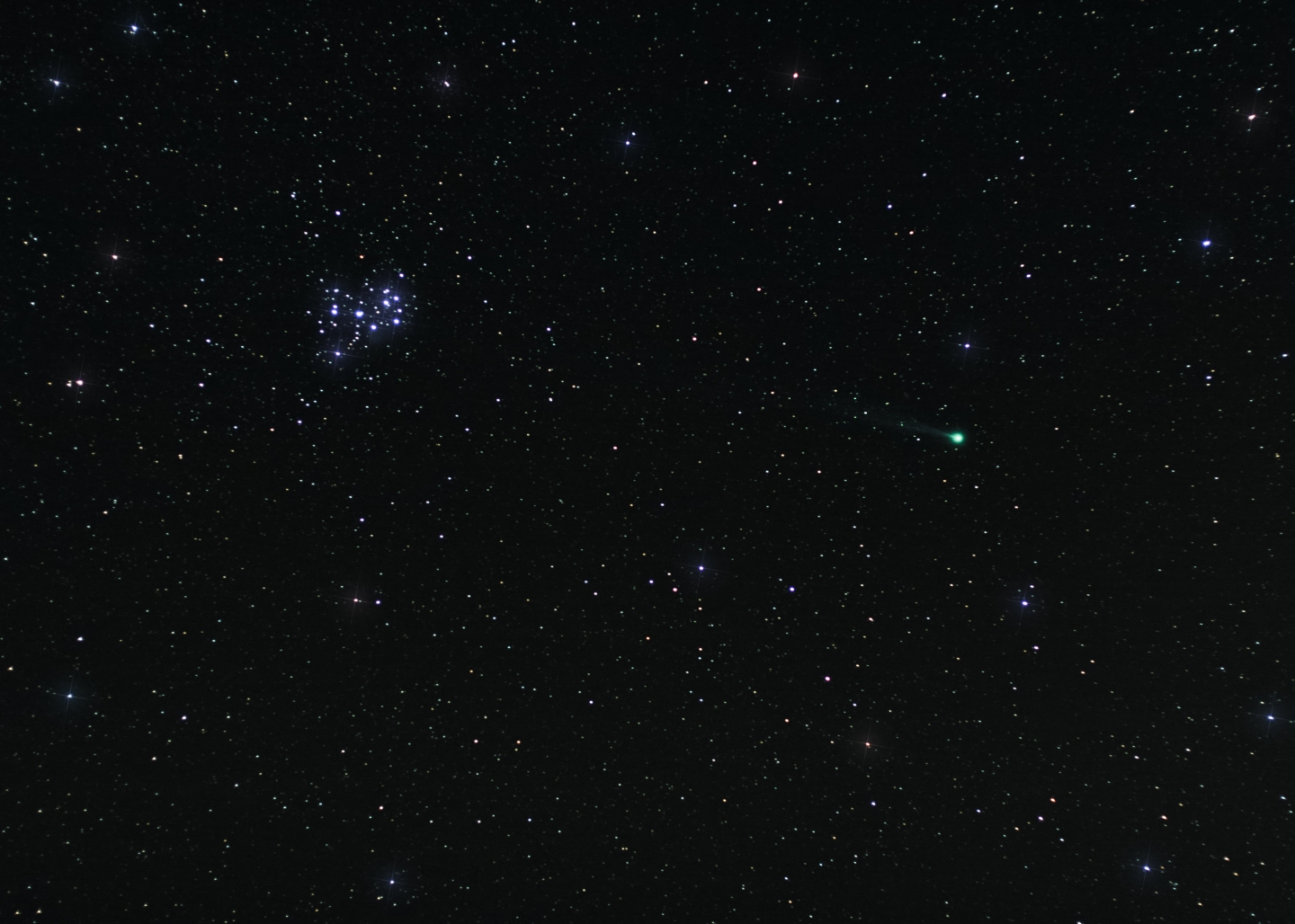 The Pleiades toward the left in a starry sky. Photo courtesy of pxhere.com.

The fifth angel sounded his trumpet, and I saw a star that had fallen from the sky to the earth.  The star was given the key to the shaft of the Abyss.  When he opened the Abyss, smoke rose from it like the smoke from a gigantic furnace.  The sun and sky were darkened by the smoke from the Abyss.  And out of the smoke locusts came down on the earth and were given power like that of scorpions of the earth.  They were told not to harm the grass of the earth or any plant or tree, but only those people who did not have the seal of God on their foreheads.  They were not allowed to kill them but only to torture them for five months.  And the agony they suffered was like that of the sting of a scorpion when it strikes.  During those days people will seek death but will not find it; they will long to die, but death will elude them.

After Jesus was born in Bethlehem in Judea, during the time of King Herod, Magi from the east came to Jerusalem and asked, “Where is the one who has been born king of the Jews?  We saw his star when it rose and have come to worship him.”

“The Clockwork Star finally means that from the very instant at which God flung the universe into existence, he also knew the moment he would enter human history in the person of Jesus of Nazareth. He marked it in the stars. And from before the beginning of time as we experience it, God knew the very moment when Messiah would breath his last on the cross.”

I have recently read an article that refutes everything that Richard Larson says in his highly popular video, the Star of Bethlehem.  It sounded like, “I am the religious leader and Larson is just a lawyer with a computer.  Who are you going to listen to?  If the “star” were findable.  I would have found it.”  Maybe not that bad, but…

The religious leaders in Jesus’ time were against Him.  They even arranged for Jesus to be killed.

And it does not even matter whether you believe in what Mr. Larson produced, no matter how compelling.  The last paragraph, or near the last, is quoted above.  Before time began, or made as time began, God set the stars in place (day 4).  God knew then that the stars would align as they did so that the Maji would see and respond to the star.  Who were the Maji?  Possibly scholars who studied in a school started by Belteshazzar (Daniel).  Why was Daniel in the “East”?  The exile.  Notice how all the pieces fit together.

Is God going to create something that will destroy the earth or is there something out there in space that has been there for thousands of years?

Astronomers have reported a comet that is approaching our galaxy that they never before knew that it existed.

Someone said that as we gaze upon the stars, we are seeing the past.  It takes a long time for that light to reach us.  God, in forethought, created the stars, along with the sun and moon, on the fourth day.  He also created a trail of light so that the stars were visible, otherwise, we would not yet see them.

So, is there a “star”, maybe a comet, that will appear out of the blackness of space that no astronomer knew existed before it “suddenly” appeared?  And that “star” crashes into earth, creating an abyss?

Note: This is the fifth angel blowing a trumpet.  The earth will be well into the tribulation by then.

But the key is, at least to me, that if God created the heavens and the earth with the death of His Son in mind, thousands of years later, would He not create the death star as well?

There is hope.  We each have the opportunity to repent of our sins and accept Jesus as our Savior.