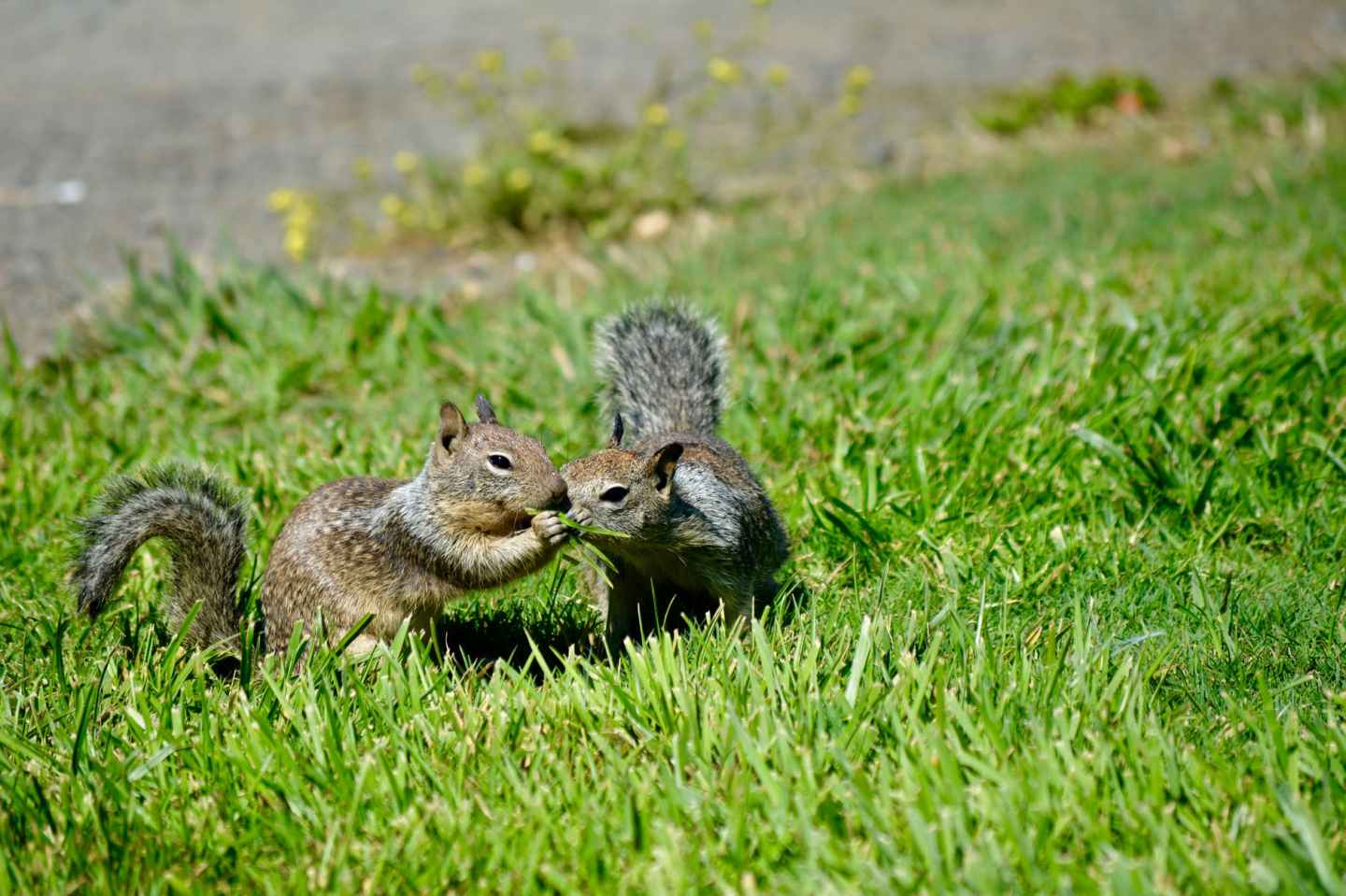 Photo by Phil Bearce on Pexels.com

Certain people came down from Judea to Antioch and were teaching the believers: “Unless you are circumcised, according to the custom taught by Moses, you cannot be saved.”  This brought Paul and Barnabas into sharp dispute and debate with them.  So Paul and Barnabas were appointed, along with some other believers, to go up to Jerusalem to see the apostles and elders about this question.  The church sent them on their way, and as they traveled through Phoenicia and Samaria, they told how the Gentiles had been converted.  This news made all the believers very glad.  When they came to Jerusalem, they were welcomed by the church and the apostles and elders, to whom they reported everything God had done through them.
Then some of the believers who belonged to the party of the Pharisees stood up and said, “The Gentiles must be circumcised and required to keep the law of Moses.”
The apostles and elders met to consider this question.  After much discussion, Peter got up and addressed them: “Brothers, you know that some time ago God made a choice among you that the Gentiles might hear from my lips the message of the gospel and believe.  God, who knows the heart, showed that he accepted them by giving the Holy Spirit to them, just as he did to us.  He did not discriminate between us and them, for he purified their hearts by faith.  Now then, why do you try to test God by putting on the necks of Gentiles a yoke that neither we nor our ancestors have been able to bear?  No! We believe it is through the grace of our Lord Jesus that we are saved, just as they are.”
The whole assembly became silent as they listened to Barnabas and Paul telling about the signs and wonders God had done among the Gentiles through them.  When they finished, James spoke up. “Brothers,” he said, “listen to me.  Simon has described to us how God first intervened to choose a people for his name from the Gentiles.  The words of the prophets are in agreement with this, as it is written:
“‘After this I will return
and rebuild David’s fallen tent.
Its ruins I will rebuild,
and I will restore it,
that the rest of mankind may seek the Lord,
even all the Gentiles who bear my name,
says the Lord, who does these things’—
things known from long ago.
“It is my judgment, therefore, that we should not make it difficult for the Gentiles who are turning to God.  Instead we should write to them, telling them to abstain from food polluted by idols, from sexual immorality, from the meat of strangled animals and from blood.  For the law of Moses has been preached in every city from the earliest times and is read in the synagogues on every Sabbath.”

“Gather together and come;
assemble, you fugitives from the nations.
Ignorant are those who carry about idols of wood,
who pray to gods that cannot save.
Declare what is to be, present it—
let them take counsel together.
Who foretold this long ago,
who declared it from the distant past?
Was it not I, the Lord?
And there is no God apart from me,
a righteous God and a Savior;
there is none but me.

“In that day
“I will restore David’s fallen shelter—
I will repair its broken walls
and restore its ruins—
and will rebuild it as it used to be,
so that they may possess the remnant of Edom
and all the nations that bear my name,”
declares the Lord, who will do these things.

As a preamble to the joke below, it seems that the religious groups of a small town had a big problem with a squirrel infestation.  The story below is how each religious group dealt with it.

“And then there is this:
“The Presbyterian church called a meeting to decide what to do about their squirrel infestation. After much prayer and consideration, they concluded that the squirrels were predestined to be there, and they should not interfere with God’s divine will.
“At the Baptist church, the squirrels had taken an interest in the baptistry.  The deacons met and decided to put a water-slide on the baptistry and let the squirrels drown themselves.  The squirrels liked the slide and, unfortunately, knew instinctively how to swim, so twice as many squirrels showed up the following week.
“The Lutheran church decided that they were not in a position to harm any of God’s creatures.  So, they humanely trapped their squirrels and set them free near the Baptist church.  Two weeks later, the squirrels were back when the Baptists took down the water-slide.
“The Episcopalians tried a much more unique path by setting out pans of whiskey around their church in an effort to kill the squirrels with alcohol poisoning.  They sadly learned how much damage a band of drunk squirrels can do.
“But the Catholic church came up with a more creative strategy!  They baptized all the squirrels and made them members of the church.  Now they only see them at Christmas and Easter.
“Not much was heard from the Jewish synagogue.  They took the first squirrel and circumcised him.  They haven’t seen a squirrel since.”

Our Sunday school class discussed Acts 15 nearly two weeks ago.  One lady in the class had been asking about the controversy over circumcision.  Peter had his problems, having gone to Cornelius’ house, an uncircumcised Roman.  The counsel had words with him over it at the time.

Note that the Way was basically a sect within Judaism at the time.  Jesus was the promised Messiah, and He came in an unconventional way, but a way that satisfied Old Testament prophecies, the only Scripture of that time.  Thus, why would some among the believers, especially the Pharisees who have come to believe…  Why not make Gentiles conform?

There are very few instances in the Bible where adults are circumcised.  Genesis 17 marks the first instance, where God’s covenant with Abraham is sealed with the ritual of circumcision.  In Genesis 34, Simeon and Levi avenge their sister Dinah’s rape by forcing the men of Shechem to be circumcised and then when doubled over in pain, these men were killed.

Paul writes eloquently about how these Judaizers are adding something to salvation.  Salvation is by faith alone.  When I brought this up in class, someone tied what Peter had talked about with the modern denominations that claim that you are not saved unless you have spoken in tongues.  This is not what Peter is saying here.  Peter is using the speaking in tongues as proof that the Holy Spirit came upon Gentiles who were not circumcised.  Thus, the Holy Spirit could not do that unless they had Jesus in their hearts.  Thus, why circumcise them?

The stories of signs and wonders told by Paul and Barnabas were more proof that God accepts the Gentiles on faith alone.

Then, James, the half-brother of Jesus quoted Scripture to affirm that the Gospel is for all, Jews and Gentiles.

Knowing that the Judaizers in Antioch were not going to accept the word of Paul and Barnabas, Silas and Judas Barsabbas accompanied them back to Antioch.  While this may have resolved the issue in Syrian Antioch, the problem of the Judaizers follows Paul, as he mentions it to the Romans, Corinthians, Galatians (which is a group of churches), Ephesians, Philippians, Colossians, and to Titus.

We discussed this in class, but it seemed some still did not get the point.  Then, I remembered this old joke, above, that had been sent as a link from a friend in Tennessee.  I butchered the first part of the joke, but I got the Catholic and Jewish solutions correct.  After the laughter died down, the lady that had been patiently waiting for this discussion said, “Now!! I get it!”

You see, this lady has been on the Evangelism team for some time.  Having that rule might be a bit of a deterrent.

It is so wonderful that God saves us by no work of our own.  We can do nothing other than to accept the gift.  Yet, even in the infancy of Christianity, there was controversy.  That controversy had to do with “works.”  It had to do with rules, especially coming from the Pharisees who had converted.

One of our hardest tasks, especially those who grew up in the church, is to rid ourselves of legalism.  Yes, there are rules that God commanded.  We can add to those rules through interpretation of what God said.  But none of that saves us.  We can be true to those rules out of the overwhelming gratitude that we have for God who saved us when we proved that we could not follow those rules.  And now, we want to follow those rules – not that we must do so.

Why should adults continue to attend Sunday school?  It is for moments like this, when sometimes, with an adult topic, it takes the adult mind to comprehend what God was trying to say.

Paul said in 2 Timothy 3:16 that all Scripture is instructive, but sometimes you must study it when your faith is more mature.  We need to keep studying the Bible if we are to grow in faith.